Home>News>SA: Table Mountain rescue saves one climber, strands tourists
By AT editor - 3 January 2018 at 2:29 am 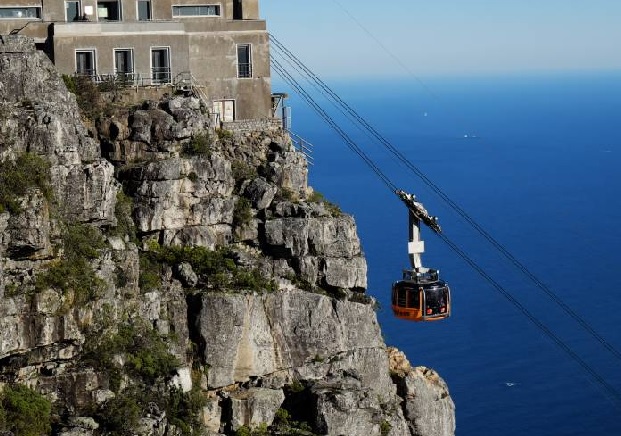 A New Year’s Day adventure turned deadly for two climbers on South Africa’s Table Mountain, while leading to a lengthy and daring cable car rescue to save the third and surviving member of their party.

The Japanese tourists and their guide were supported by ropes just below a cable car station that is more than 1,000 meters above sea level, at the top of the mountain south of Cape Town. One of them appeared to have fatal injuries when they first fell about 5:15 Monday night, and the national park staff and Metro Rescue launched an effort to rescue the other two dangling from the cliff face.

The rescuers realized that rappelling from the tourist cable car itself was their best chance, which meant putting the car out of service – and trapping about 500 people on the mountain, the Table Mountain Cableway said in a statement issued Tuesday.

“Due to the location of the climbers it was a very difficult and dangerous operation for Mountain Rescue,” the company said. “Understandably they were unable to provide a time frame for the rescue, so we were not able to give visitors an accurate time for when our operations would resume.”

The last visitors were brought down after midnight on Tuesday. During those hours, emergency crews were able to rescue the female survivor by using a harness to take her safely to the cable car. The cable car also was used to retrieve the bodies of the unidentified male victims after all of the tourists were safely removed.

“Our hearts go out to the families and friends of the two climbers who lost their lives,” the tourist cable company said. South African authorities are conducting an investigation into the accident.