Home>Articles>South Sudan: Troika nations warn of action on ceasefire violations
By AT editor - 3 January 2018 at 3:07 am 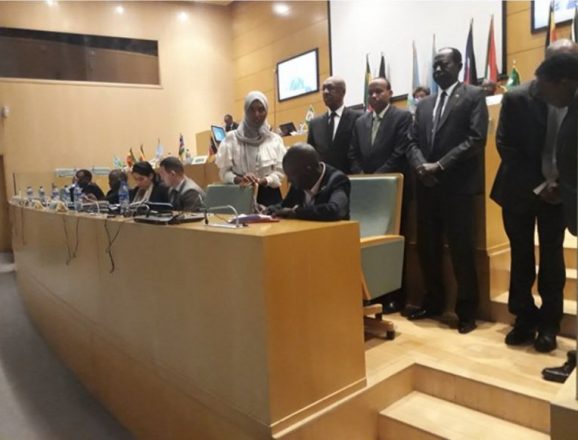 Ongoing violations of South Sudan’s ceasefire agreement have prompted the regional Intergovernmental Authority on Development (IGAD) to speak out in concern, and now the troika governments of the United Kingdom, United States and Norway have joined them.

South Sudanese leaders agreed to a ceasefire on December 21 following negotiations with IGAD, and the agreement was to be implemented on December 24. Yet reports that both sides had breached their peace agreement began the next day and continue, warranting a statement Tuesday from the troika.

“We call on all (Cessation of Hostilities) signatories, and the field commanders who answer to them, to immediately end all military operations, abide by their CoH commitments, and put the South Sudanese people’s well-being ahead of their own narrow political interests,” the troika nations said. “We also call on all CoH parties, and every level of government, to abide by the November 9 Presidential Order for unfettered humanitarian access.”

Military leaders will be held accountable for their violations of the ceasefire agreement and for hindering humanitarian aid, the statement added.

On December 25, an SPLA-IO spokesman appealed to the troika, as well as IGAD and the African Union, to act while claiming that government forces loyal to President Salva Kiir were responsible for the ceasefire violations. The South Sudanese countered their claims while blaming the rebel forces for any breach.

The ceasefire agreement was intended to silence the weapons of South Sudan’s four-years-long civil war. Some four million people, including two million in neighboring countries, have been displaced by the fighting, according to the United Nations refugee agency UNHCR.