Home>CUTTING EDGE>For nations like Seychelles, new coral restoration technique may boost success
By AT editor - 4 January 2018 at 5:12 am 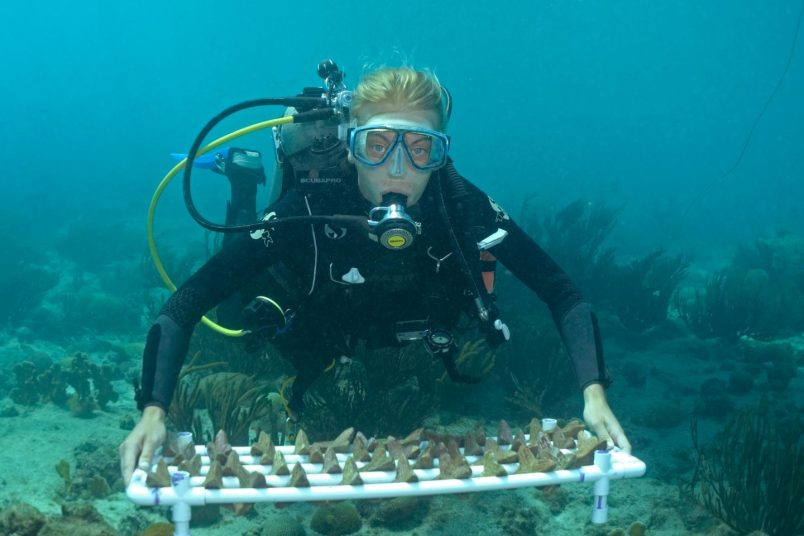 For an island nation like Seychelles, the loss of coral reefs has impacts in tourism and fishing, two of the country’s key economic sectors. Yet protecting coral is a priority because of climate implications too, and new research from SECORE International – a global network of scientists and coral conservationists – shows promise with a new coral reef restoration technique.

That may prove a benefit for the Seychelles, which is home to one of the most ambitious restoration programs in the world. Conservationists there have grown some 50,000 coral fragments in an underwater nursery, and divers have planted by hand an area the size of a football field in a Cousin Island reserve. It’s all part of the effort to combat devastating coral losses because of bleaching related to warming waters and climate change, as well as other ecosystem impacts from storms, pollution, or mechanical damage from boats or construction.

Yet divers, restoring coral by hand, face a daunting task. Today, reef degradation occurs at a scale of hundreds and thousands of square kilometers, the SECORE scientists explain, and they can’t keep up. 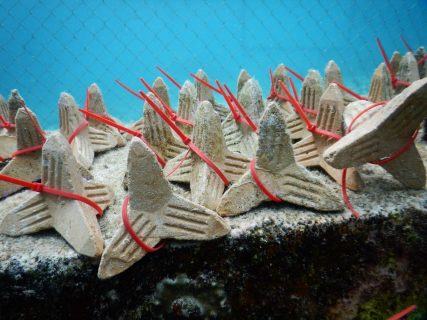 “If we want restoration to play a more meaningful role in coral reef conservation, we need to think in new directions,” said project leader and executive director Dr. Dirk Petersen. “Our sowing approach is an important step towards reaching this goal since it will allow the handling of large numbers of corals in a very short amount of time at significantly lower costs.”

A transplant of 10,000 corals may be achieved with 90 percent fewer work hours, and up to a third less in costs, says research director Margaret Miller.

That’s because SECORE developed a method of growing coral larvae in “seeding units,” seen here, that don’t have to be manually attached one by one. They self-stabilize and just need to be wedged in crevices. The technique was studied in Curaçao, where the new coral’s survival rate met the target level after one year. 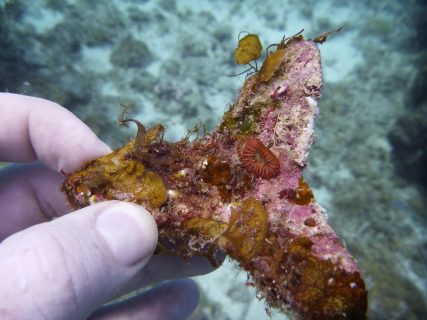 “If we are able to combine our new sowing approach with more effective coral larvae rearing techniques, which we are developing right now, costs of reef restoration could become comparable to the costs of existing mangrove and salt marsh restoration efforts,” Petersen said.