Home>News>New diplomatic fallout follows Sudan's Suakin Island deal with Turkey
By AT editor - 5 January 2018 at 4:51 am 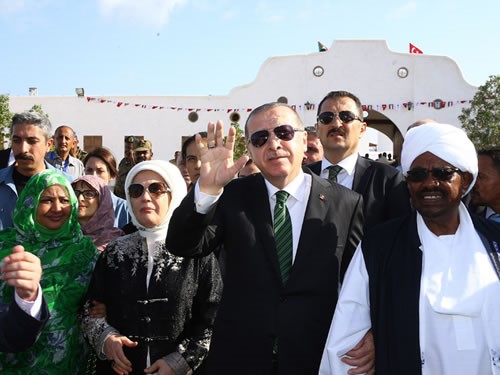 A Qatari media outlet is reporting that Egyptian troops have arrived in Eritrea, in what is believed to be a response to Sudan’s decision last month to permit Turkey’s access to the Red Sea island of Suakin.

Although there is no evidence of military confrontation, the al-Sharq report comes amid a flurry of developments since President Recep Tayyip Erdoğan and Sudanese President Omar al-Bashir met in late December in Khartoum.

The USD$650 million deal arising from that meeting would allow Turkey to develop the historic but long-neglected island, which sits on a shipping channel south of Port Sudan. While Erdoğan emphasized Suakin’s cultural significance and its tourism potential, Turkey’s plans to build a naval dock there – along with new military cooperation agreements between Khartoum and Ankara – have heightened existing tensions in the region.

On Thursday, Sudan’s Ministry of Foreign Affairs confirmed that Abdul Mahmoud Abdul Haleem, the Sudanese ambassador to Egypt, was recalled from Cairo for consultations. Although no information was released about the reason, observers say the development likely is tied to the diplomatic strain between Egypt and Sudan, particularly as Egypt quickly condemned the agreement made over Suakin.

Turkey’s presence in Sudan is part of a broader Erdoğan effort to extend influence in the Horn of Africa, including neighboring Djibouti. President Ismail Omar Guelleh visited Ankara for a state visit in December, while Erdoğan also visited Chad and Tunisia during his own travels last month.

Those diplomatic ties all occur against the backdrop of the ongoing Gulf States crisis, with Egypt’s stance against Qatar – whose peacekeeping troops until June were stationed in Eritrea – in direct conflict with Turkey’s alignments in the Gulf. The relationship between Sudan and Egypt is further strained over Nile River water rights and Ethiopia’s Renaissance Dam plans, which Egyptian media outlets have accused Qatar of helping to fund.