Home>News>Death toll in SA train crash rises to 19 as investigation continues
By AT editor - 6 January 2018 at 5:52 am 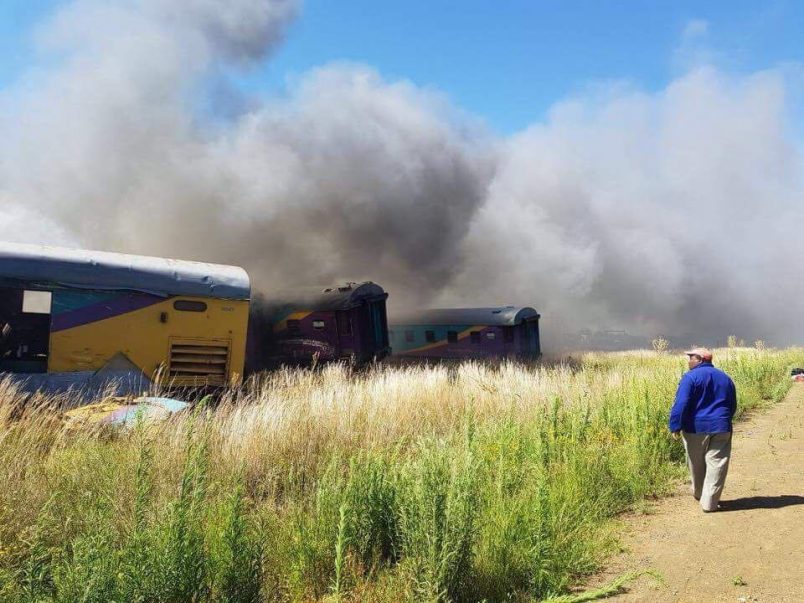 Authorities in South Africa say they continue a thorough investigation into a train accident that claimed at least 19 lives on Thursday.

Eight men, five women and four children are among the victims, while two of the fatalities remain in an “undetermined” status, according to the Free State Department of Health. The accident involving the  train, bound for Johannesburg from Port Elizabeth, happened between Henneman and Kroonstad when a truck entered its path at a grade crossing.

The collision caused a derailment and fire that has made identification of the victims difficult, and it may be Monday before any of the victims are known. Butana Komphela, the local government health official, described emergency operations as a difficult and gruesome task. More than 200 people also were injured.

South African Minister of Transport Joe Maswanganyi said in a statement that 429 people were on the train when the crash occurred, causing the power car to burst into flames that then spread to at least one coach car — and damaging a total of seven of the cars. The truck was dragged for 139 meters, Railway Safety Regulator investigators said.

Maswanganyi said a preliminary investigation found the derailment was caused by the truck driver, and police have opened a case to determine if anyone will face charges related to the crash.

Manny de Freitas, speaking on transportation for the Democratic Alliance opposition party, said the government bears some responsibility for the crash.

“The lack of booms and other security measures at level crossings, closing off of rail lines and controls allowed a truck to illegally cross the rail lines which he shouldn’t have,” he said in a statement. “Metrorail continues to ignore the basics such as maintaining security fences running along rail lines and ensuring that signaling systems are maintained so that early warning systems are in place that will prevent such collisions.”