Home>News>Cameroon's Anglophone secessionists report 10 leaders abducted in Nigeria
By AT editor - 7 January 2018 at 3:11 am 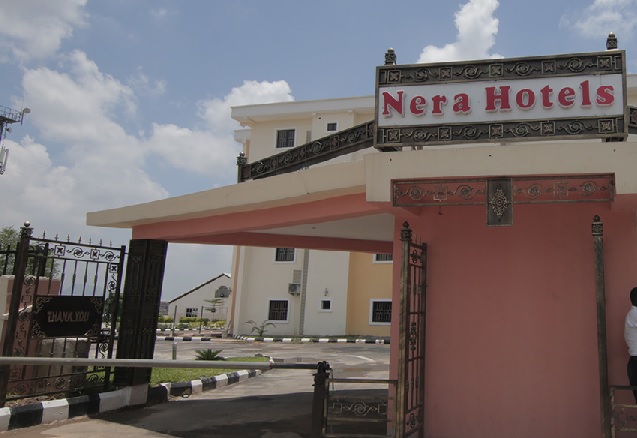 Leaders of Cameroon’s Anglophone secessionist movement are missing after gunmen stormed a hotel in Nigeria where the group was holding meetings on Friday night, according to a statement from the Federal Republic of Ambazonia.

The organization led by Julius Ayuk Tabe – a self-declared free state that named him as president last fall – says he is among 10 people missing after the attackers entered the Nera Hotel in Abuja as he chaired a meeting on humanitarian concerns affecting Cameroonian refugees now in Nigeria. Julius Ayuk Tabe lives in neighboring Nigeria, and operates the Ambazonian secessionist government from there.

The missing also include Nfor Ngala Nfor, the leader of the Southern Cameroons National Council, and Eyambe Elias, an attorney in exile who leads the banned Cameroon Anglophone Civil Society Consortium and a lawyers’ professional organization.

Lawyers and teachers first spearheaded the Anglophone movement and its calls for reforms in Fall 2016, but the widening movement has been met with ever-deepening repression from President Paul Biya’s government. Alleged human rights violations include extrajudicial killings, Internet access interruptions, and the detention of political opponents, journalists and scholars.

Chris Anu, the communications secretary for the separatists, said in a statement that the gunmen were from Cameroon. The Nigerian government was notified and is investigating the abductions, he said, adding an appeal for calm from Southern Cameroonians.

“We call on Nigerian authorities to address this issue immediately and ensure that the Cameroon government does not do any harm to them. We also call on the Nigerian authorities to investigate this threat against its sovereignty by La Republique du Cameroun,” the statement said. Anu also called for improved security for some 20,000 Cameroonian refugees living in camps in Nigeria.