Home>News>China's foreign minister to begin visit to four African nations
By AT editor - 10 January 2018 at 5:00 am 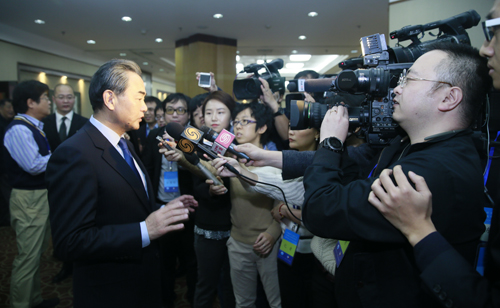 China’s Minister of Foreign Affairs plans official visits to four African nations beginning Friday, in keeping with the decades-long tradition of choosing destinations on the continent for the first trip abroad.

“The year 2018 is important for China and Africa to build on the past achievements and usher in a brighter future,” Lu said. “Since China and Africa have agreed to upgrade this year’s Forum on China-Africa Cooperation to be held in China to a leaders’ summit, the two sides will follow the spirit of shared benefits through consultation and contribution and make the summit another historic event where China-Africa solidarity and cooperation can be strengthened.”

Wang’s visit will advance “the important consensus reached by President Xi Jinping and African leaders,” Lu said, while laying the groundwork for the summit to be held later this year.

Speaking last month in Beijing, Wang said that China – the continent’s biggest trading partner – in the coming year will seek to align the Belt and Road Initiative with the goals of the African Union’s Agenda 2063, in order to build better cooperation between the two visions of the future.