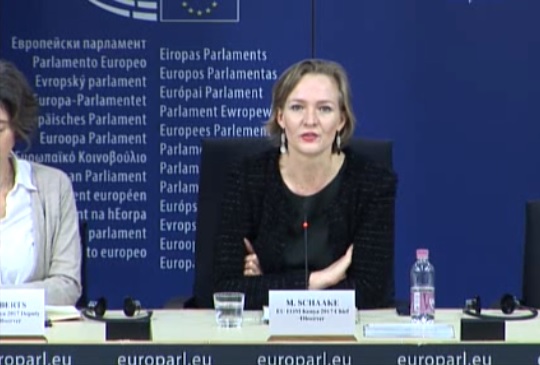 Kenya remains deeply divided following the contentious 2017 elections, according to a report from the European Union’s chief elections observer released Wednesday – a report that created some division of its own as Kenyan officials objected to the EU decision to make it public.

“Kenyans went from high hopes for these elections to many disappointments and confrontation,” said EU MEP Marietje Schaake of the Netherlands, who led the observation team. “Our final report and recommendations are intended to contribute to a better democratic process and a restoration of trust.”

That report included 29 measures for reform, while identifying concerns that included electoral violence, political intimidation, restrictions on journalists and civil society, and “abuse of state resources by both sides but mostly to the benefit of the national incumbent,” the EU statement said.

President Uhuru Kenyatta won an October contest that replaced the August 8 election after those initial results were set aside by Kenya’s Supreme Court. Raila Odinga, the opposition candidate of the Nasa coalition, has refused to accept the October results and plans his own swearing in at the end of January.

The EU report release flap adds to the ongoing political tensions. “The report was released in Brussels after the Kenyan government stated it was not prepared to receive the Chief Observer in Nairobi at this time,” Schaake said, adding that the EU observers are bound to a three-month report release timeline.

An angry Johnson Weru, Kenya’s ambassador in Brussels, denied that Nairobi was uncooperative and called Schaake’s decision “contemptuous political grandstanding” that violated the Kenya’s Memorandum of Understanding with the EU for elections monitoring.

The presidential transition in the United States is at last moving forward, some three weeks…