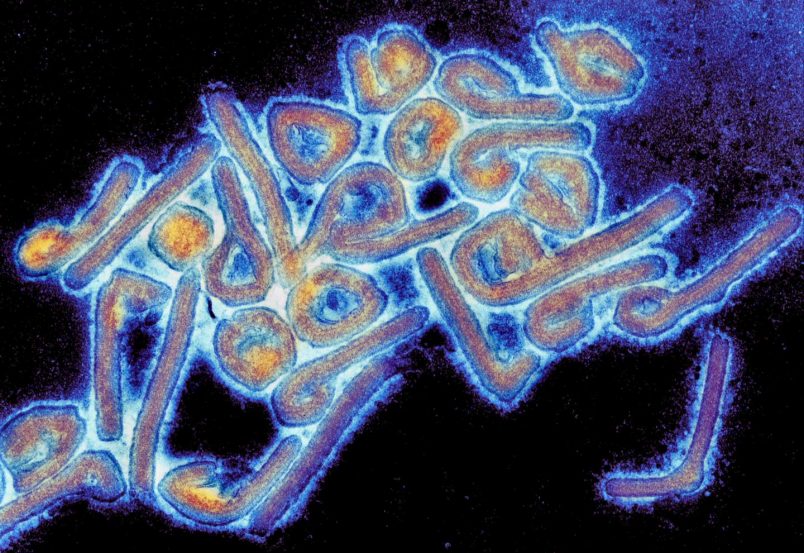 Scientists at The Scripps Research Institute (TSRI) say they’ve made promising breakthroughs in understanding how a treatment for the deadly Marburg virus might work.

The team led by Erica Ollmann Saphire, a TSRI professor and senior author of the study, mapped the Marburg virus structure using high-resolution imaging to better understand how an antibody already known to neutralize the virus actually works. Their work on MR191 was published Wednesday in the journal Cell Host & Microbe.

“This is the first antibody therapeutic found that could treat Marburg,” Saphire said.

Using x-ray crystallography, the TSRI scientists saw how MR191 binds to site receptors in human cells, thereby blocking Marburg from attaching itself and spreading the infection. They noted a wing-like region on the virus structure that appears to be one of just two sites where human antibodies can bind. In doing so, they also noted ways in which Marburg and Ebola, though similar, have striking differences.

“That finding and others in this structure tell us that Marburg is constructed differently from its cousin, the Ebola virus,” Saphire said. “That means the therapeutic strategy for one may need to be different from the other.”

The TSRI teams says the findings may finally point doctors toward a way to successfully treat Marburg, which has the same lethal pandemic power. The virus has up to an 88 percent mortality rate among its victims, and killed nearly all of the 374 patients exposed in an Angolan pediatric hospital in 2005.

Cases were reported this year on the Uganda-Kenya border, in an outbreak that was declared under control in December.