Home>News>Liberia's Johnson Sirleaf expelled from her own party
By AT editor - 14 January 2018 at 8:48 pm 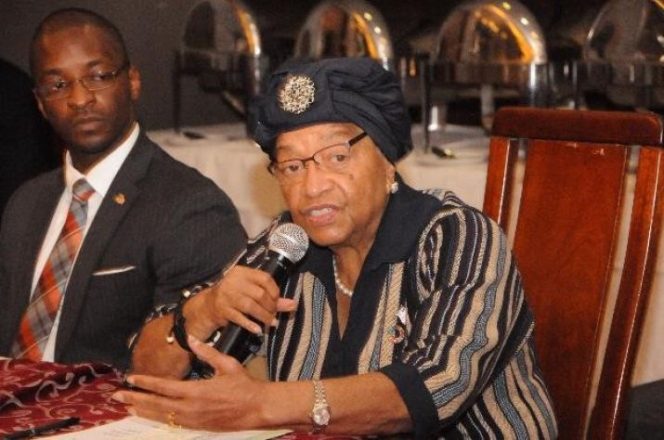 The Unity Party (UP) in Liberia has expelled outgoing President Ellen Johnson Sirleaf from party membership, following allegations during the 2017 election cycle that she worked against Joseph Boakai, her own party’s candidate and vice president.

Johnson Sirleaf was one of four people removed from party membership, according to a statement released Saturday by the UP National Executive Committee (NEC). They include a former party executive committee member, the deputy secretary, and a Liberian senator.

“The decision to expel took the NEC of the party a long time because it has to be established that those expelled had actually violated the constitution of the party,” the statement said, following a brief explanation of offenses deemed “inimical to the existence and reputation of the party.”

Johnson Sirleaf and the other expelled party members acted in ways that constitute sabotage and undermined the existence of the party, the UP said.

In October, the party charged that the president helped to rig the election for Congress for Democratic Change (CDC) candidate George Weah. The politician and former football star went on to defeat Boakai in Liberia’s runoff election in December, following delays that postponed the runoff originally set for November 7.

Those delays stemmed from legal challenges brought by opposition candidates contesting the election results. The UP joined the All Liberian Party and the Liberty Party in accusing Johnson Sirleaf of holding secret meetings with election officials and interfering on Weah’s behalf, along with charges of systemic fraud and incompetence directed at Liberia’s National Election Commission.