Home>African Future>U.S. must step up and own appalling disregard for African partners
By Laureen Fagan - 14 January 2018 at 5:41 am 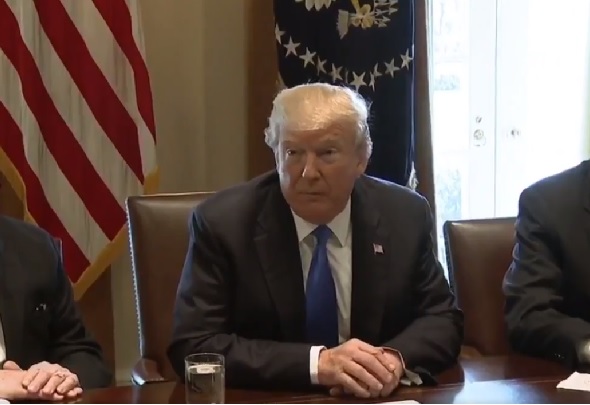 One can’t help but wonder what was going through the minds of Botswana’s Ministry of International Affairs staff this week, as they prepared the official response to United States President Donald Trump’s reported remarks about African nations.

It’s hard to imagine, without wincing, any real-life scenario in which thoughtful diplomats in Gaborone found themselves asking the U.S. government “to clarify if Botswana is regarded as a ‘shithole’ country,” as if governments and their communications teams were routinely tasked with asking such a question.

And yet they were. By now, Trump’s remarks during a meeting on U.S. immigration policy and his crude description of African countries – as well as Haiti in the Caribbean, and some Central American nations – have been reported across the globe, translated into countless languages, and insulted millions.

Witnesses say the U.S. president used the term while discussing policy proposals that would eliminate the U.S. Diversity Visa program, a lottery system Trump and his Republican Party lawmakers want to replace with merit-based acceptance. Among the 50,000 immigrants who go to the U.S. each year under the Diversity Visa program are many sub-Saharan Africans, who are more likely to enter the U.S. using this pathway than overall immigrants. The program has been in place nearly 30 years.

So it’s in this context that Trump’s question – “Why are we having all these people from shithole countries come here?” – was followed by his suggestion that the U.S. should accept people from better places like Norway. Making it more difficult for those from undesirable Global South nations, including those previously welcomed under special U.S. immigration policies that Trump has now axed, is all part of the “America First” administrative priorities he promised, including a border wall.

The first wave of anger and offense at the remarks is perhaps receding, but not so the long-term consequences of such a venal and intemperate man, ill-suited for leadership on any stage, and his stunning indifference to a global community in which Gaborone might well ask how broken and boorish the U.S. has become too. In that regard, by no means is Botswana isolated – as the U.S. itself is fast becoming.

As African diplomats seek to understand relationships with the new U.S. administration after what is now Trump’s first full year in office, Botswana is among those wondering what has happened to their “cordial and mutually beneficial bilateral relations.” At the same time, their diplomats’ clear-eyed assessment of the American president’s remarks as “highly irresponsible, reprehensible and racist” is yet more evidence, as if the world needs it, that there’s more than damage control and some spin to be done  –  as was amplified by the African Union (AU) responses.

“I am dismayed by the unfortunate remarks attributed to the President of the United States on migrants from African countries, Haiti and El Salvador,” said AU Chairman Moussa Faki Mahamat. “I am all the more dismayed as the USA is a unique example of how migration contributes to nation-building based on values of diversity, tolerance and opportunity.” He added that the AU will protect migrants from racism and xenophobia, as it develops policies among its members and partners.

An even stronger response came from Ambassador Arikana Chihombori-Quao and the AU Mission to the U.S., stating their “infuriation, disappointment and outrage.” The take-home message from the AU diplomats, quite apart from the rare demand for retraction and apology, is the observation that there’s “a huge misunderstanding of the African continent and its people” by the Trump administration, and an imperative need for dialogue.

U.S. must step up, and step aside

Meanwhile, the AU Mission to the United Nations – following an emergency session on Friday – graciously acknowledged the many Americans who condemn Trump’s remarks. Yet their statement added another dimension to the discourse with open concern over “the continuing and growing trend from the U.S. Administration towards Africa and people of African descent, to denigrate the continent.”

This is precisely where the U.S. must step up and own the appalling disregard for African partners since Trump took office, and step aside as these valued partners lead the way in reestablishing positive relationships. That likely won’t happen in the short term; after all, Trump was denying any slurs made against the African people in what is an all too familiar pattern, and on Saturday was blaming others for U.S. immigration policy failures in yet another Twitter storm of “America First!”

On every front – from aid funding cuts, to the neglect of key U.S. diplomatic vacancies, to U.S. Secretary of State Rex Tillerson’s view that Africa exists as a huge economic opportunity “sitting out there, waiting for us to capture it” – the message is clear to Africans. This administration does not respect their nations, their aspirations and their power. Yet it can’t afford not to, and it isn’t just the U.S. that needs to change course with its African partners. Mahamat, who will meet with AU member heads of state for the January summit at month’s end, wisely positioned his response within a wider debate on migration, and the racism and xenophobia surrounding it aren’t unique to Trump or the U.S.

Still it’s Trump who has pulled the U.S. back from its leadership role on migration, backing out of the Global Compact in December just as he has the U.S. Paris Agreement climate obligations and UNESCO. It’s Trump who has proved himself unfit for leadership in his own country, let alone elsewhere. Now, it’s Trump who must be called to account by a community of nations whose dignity greatly surpasses his own and yet for whom he demonstrates no respect whatsoever. Africans and their leaders must demand that no diplomat in Gaborone, or anywhere else, should ever again write a dispatch about shitholes that should seem surreal but sadly isn’t.