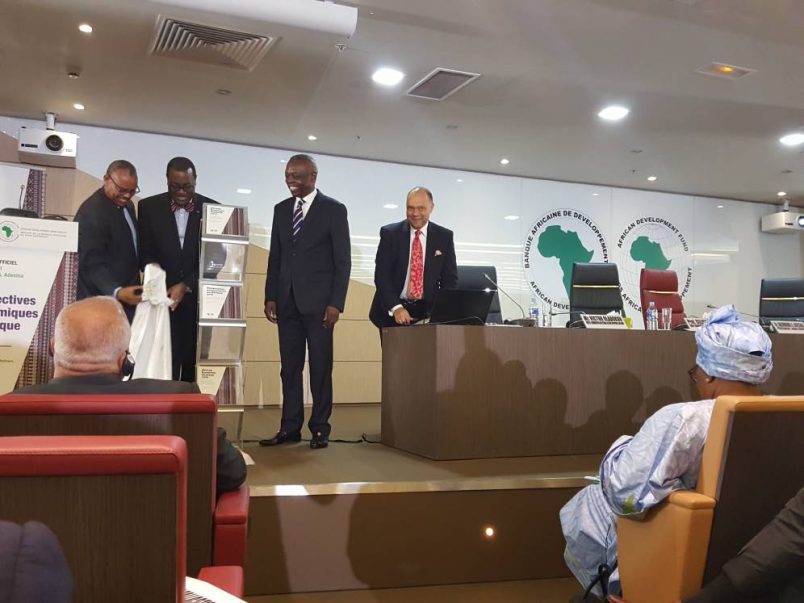 “Infrastructure, when well managed, provides the financial resources to do everything else,” said Adesina, speaking from the bank’s headquarters in Abidjan, Côte d’Ivoire, as part of the report launch Wednesday.

The newly released outlook highlights innovative ways that African nations can finance infrastructure development. Adesina added that the AfDB Africa Investment Forum in Johannesburg later this year will serve to help bridge an estimated funding gap of USD$130 to $170 billion a year for infrastructure.

Adesina also emphasized the need for economic diversification and industrialization in creating jobs for the continent’s young and growing population, and he again put agriculture at the forefront of that growth. Energy and transportation remain the keys to supporting value chain development and economies of scale in the agricultural sector.

The annual economic outlook release, usually launched in other African cities, was held in Abidjan for the first time in its 15-year history. The report looks at the data from a continental perspective, but also within regions and countries. East Africa, for example, continues to be the fastest-growing subregion with GDP targeted for 5.9 percent growth in 2018, followed by North Africa with a 5.1 percent forecast.

To view the complete report, see this link. The 2018 African Economic Outlook also is available in French and Portuguese.