Home>News>Update: Tropical Storm Berguitta a 'serious threat' to Mauritius
By AT editor - 17 January 2018 at 8:00 pm 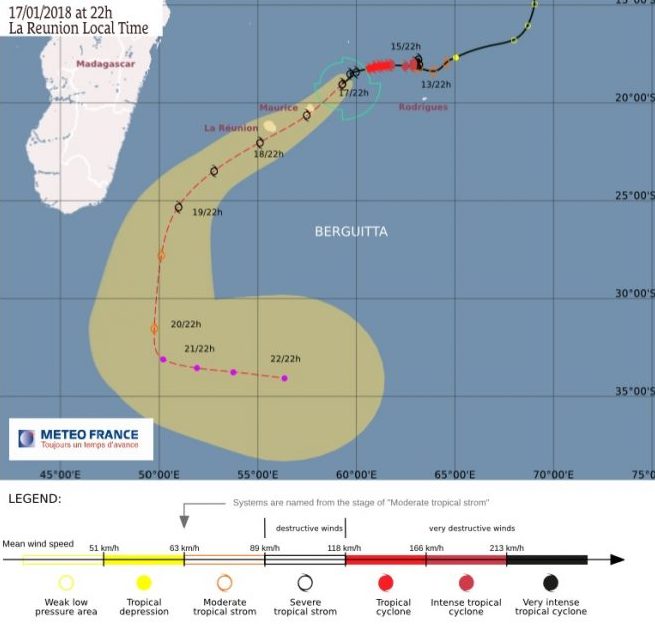 A Class III warning is issued when wind gusts are expected to reach 120 km/h (75 mph) within a time frame that allows at least six hours of daylight before their arrival.

The public is asked to complete all storm precautions and seek safety ahead of gradually strengthening winds of 50 km/h with gusts rising to 120 km/h. Moderate to heavy rains also are forecast, while meteorologists urge people not to venture out on rough seas. A high wave warning also is in place for Rodrigues.

Emergency services, including the Mauritius Police Force and the Mauritius Fire and Rescue Service, remain on high alert. Red Cross teams have prepositioned relief supplies in anticipation of the storm, which has shown some weakening.

Meteo France is issuing advisories for Réunion Island, which also is in the likely path of Berguitta. An orange alert is in place there.

The storm is not expected to reach Madagascar, which is still recovering from Tropical Cyclone Ava impacts. Emergency officials there say 51 people died and some two dozen remain missing, with thousands displaced following the January 5 storm landfall and subsequent flooding.