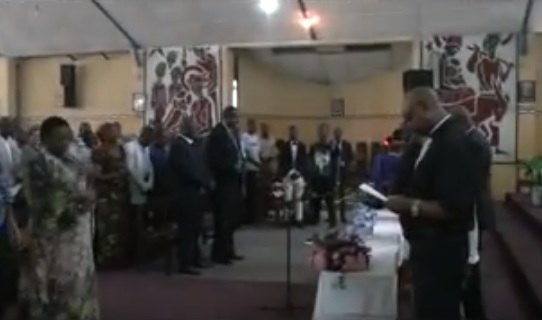 In Democratic Republic of Congo, the Roman Catholic community leaders planning a peaceful march on Sunday say they will go ahead with the protest despite a lack of approval from Kinshasa authorities.

The Comité Laïc de Coordination (CLC) said Friday that “Christians, believers and men and women of goodwill” from all walks of Congolese life are asked to join them, and to disregard any rumors that the event had been canceled. That’s despite the fact that some organizers are in hiding because they fear for their safety, according to local media, and local officials said they won’t permit the march as an investigation remains open into a similar event that spiraled into violence last month.

At least eight people died and dozens were wounded on December 31, when security forces used tear gas, beatings and live ammunition against protesters who, in some cases, were at worship in their churches. The march followed a November 2017 appeal from National Episcopal Conference of Congo (CENCO) bishops, involved in DR Congo’s political negotiations, for President Joseph Kabila to schedule a long-delayed new election and publicly declare he will not seek a third term.

MONUSCO, the UN Mission in DR Congo, announced Friday it will deploy observers in Kinshasa and other cities where marches are planned but stressed it is not responsible for maintaining public order.

“It is important that all parties be able to express themselves in a peaceful and calm manner in the current political transition period in order to foster a democratic debate in accordance with the provisions of the Constitution,” said Maman Sidikou, the UN special representative and head of MONUSCO.

He also pressed for the proper execution of the stalled December 2016 agreement between Kabila’s government and the Rassemblement opposition, as called for by the Catholic bishops.