Home>CUTTING EDGE>Nigeria: Scientists find first evidence of glassmaking in sub-Saharan Africa
By AT editor - 20 January 2018 at 8:09 am 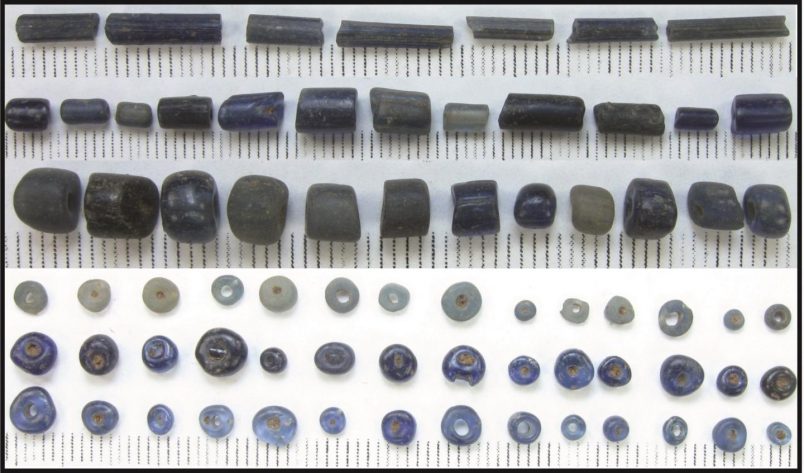 Scientists working in Nigeria say they’ve found evidence that glass was locally produced there rather than imported from Europe, the Middle East or other historically known centers of production.

The scholars from Rice University, University College London and the Field Museum date the glass found at Igbo Olokun, on the northern edge of Ile-Ife in southwestern Nigeria, to between the 11th and 15th centuries A.D. That’s well before the arrival of Europeans along the coast of West Africa, they said in research to be published in the Journal of Archaeological Science.

Abidemi Babatunde Babalola, a Rice graduate with a PhD in anthropology and a visiting fellow at Harvard University, recovered more than 12,000 glass beads and associated debris at the site during excavations – which didn’t necessarily point to a new finding in itself.

“This area has been recognized as a glass-working workshop for more than a century,” Babalola said. “The glass-encrusted containers and beads that have been uncovered there were viewed for many years as evidence that imported glass was remelted and reworked.”

Yet in the past 10 years, scientists learned that the high-lime, high-alumina (HLHA) chemical composition of the glass beads at Igbo Olokun was completely different from other sources in Egypt, Asia and other glassmaking centers. So they explored the possibility that the Nigerian glass was locally produced.

“The Igbo Olokun excavations have provided that evidence,” Babalola said. The presence of the HLHA glass at other sites in West Africa further suggests it was widely traded. The research team hopes their work will shed more light on the development of glass in early sub-Saharan Africa and its role in African societies.

“Chemical Analysis of Glass Beads from Igbo Olokun, Ile-Ife (SW Nigeria): New Light on Raw Materials, Production and Interregional Interactions,” was co-authored by Susan McIntosh, the Herbert S. Autrey Professor of Anthropology at Rice; Laure Dussubieux of the Field Museum, Chicago; and Thilo Rehren of the University College London Institute of Archaeology and director of the Science and Technology in Archaeology Research Center, The Cyprus Institute, Nicosia, Cyprus. The research was funded by Rice’s School of Social Sciences and the Qatar Foundation.