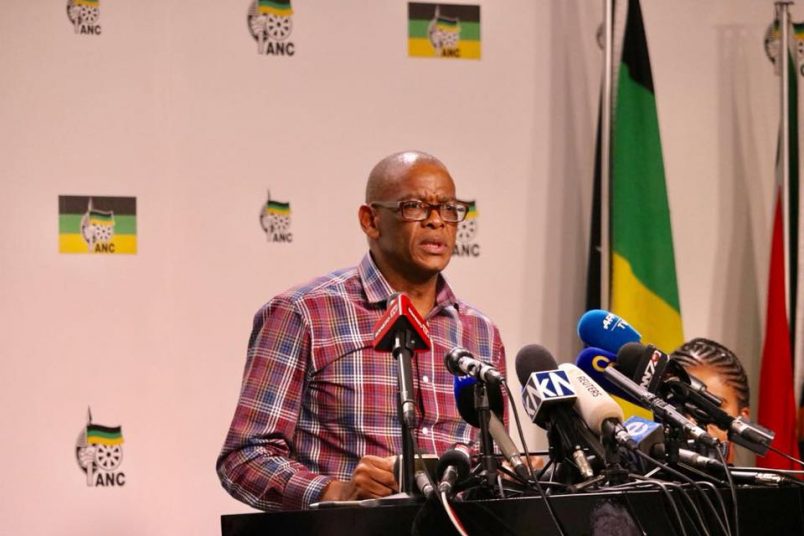 South Africa’s African National Congress is following a decision-making process on the future of President Jacob Zuma, but has not reached a conclusion to force his removal, the party secretary said at a press briefing in Johannesburg on Monday.

Ace Magashule confirmed that the matter was discussed during the ANC’s National Executive Committee (NEC) meetings at the weekend, and Zuma’s departure is the subject of ongoing conversation but there is no imminent departure. “As the ANC, we don’t do things that way,” he said. “We engage, we discuss. We haven’t reached a decision that President Zuma must go or President Zuma must stay.”

Zuma is at the center of South African corruption investigations that link him to the wealthy Gupta families, their business dealings, and South African state entities including the country’s Eskom utility provider. The president announced earlier this month that, after lengthy delays and legal maneuvers, he was appointing a commission of inquiry into the corruption allegations raised in the country’s 2016 State of Capture report.

Meanwhile, South Africa’s parliament confirms that a committee has prepared draft proposals for presidential impeachment procedures as required by a recent court ruling. The chairman at Eskom has resigned and a new board is in place, and South African prosecutors have filed the first formal affidavits on the Gupta family and its dealings.

The ANC released a statement on Saturday confirming that an “extensive discussion on the current political and economic environment” followed an NEC presentation by Cyril Ramaphosa, the new ANC President and Zuma’s current deputy president.

“Officials, led by President Ramaphosa, will continue their engagement with President Jacob Zuma to ensure effective coordination between the ANC and government,” the statement said.