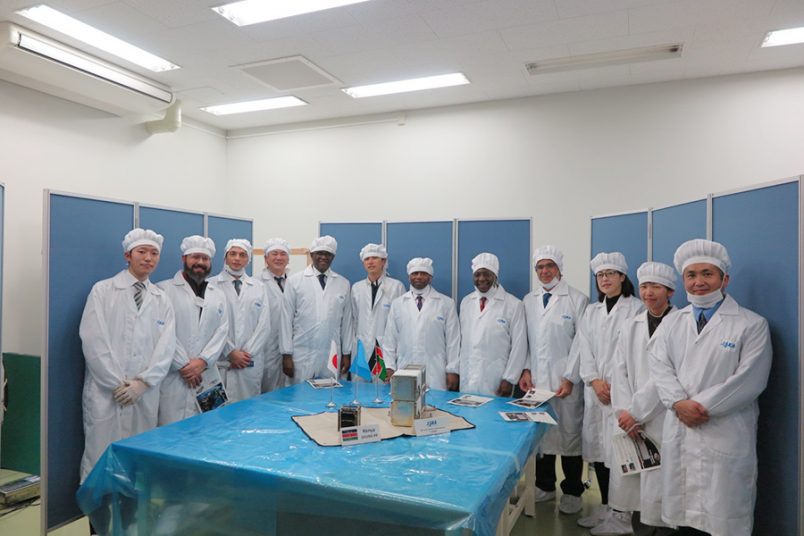 Kenya has developed its first satellite and, in partnership with the Japanese space agency JAXA, will deploy it from the International Space Station (ISS) in spring.

The cube satellite was developed at the University of Nairobi as part of a global program of the United Nations Office for Outer Space Affairs (UNOOSA) called KiboCUBE. It’s designed to boost the work done in developing countries with the improved access to space resources provided by the Japanese.

The 1st Kenyan University Nano Satellite-Precursor Flight (1KUNS-PF) satellite from Kenya will be the first to be deployed under the program from Kibo, the Japanese experiment module aboard the ISS. The Kenyan university was selected for the program in 2016.

The satellite is a first for the university too, said Jackson Mwangi Mbuthia, a professor at University of Nairobi. He joined Koichi Wakata, the JAXA ISS program manager, and Simonetta Di Pippo, UNOOSA director, in celebrating the achievement and handing off the university’s scientific contribution to the Japanese team members.

The Kibo is equipped with a special airlock system and robotic arm so a small satellite can be released from the space station. The small cube satellites are less technologically complex and less costly, and prove useful for education, communications, disaster mitigation and other purposes.