Home>News>UNSMIL raises alarm over executions following Libya mosque attack
By AT editor - 25 January 2018 at 12:36 am 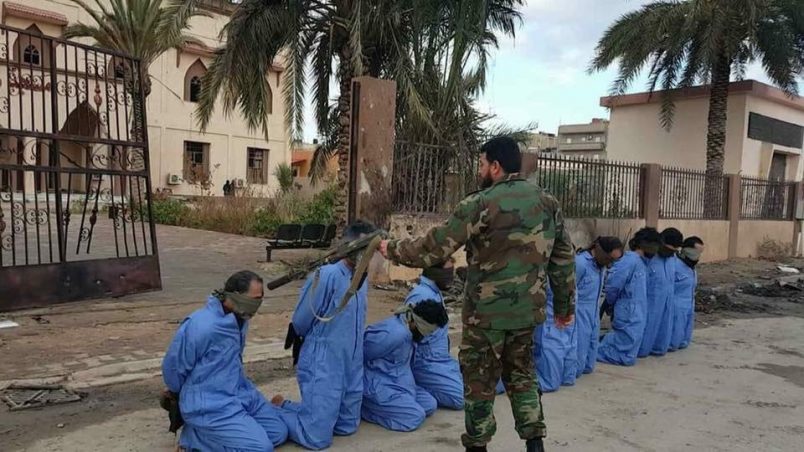 The United Nations Support Mission in Libya (UNSMIL) expressed concern Wednesday after images appeared to show summary executions at the site of an earlier bombing attack in Benghazi that has claimed 35 lives.

“UNSMIL is alarmed by reports of brutal and outrageous summary executions in Benghazi today,” the mission, led by UN Secretary General’s Special Representative Ghassan Salame, said on social media. “Those responsible for committing or ordering summary executions are criminally liable under international law.”

The images showed some 10 men, bound and clad in blue jumpsuits, as an armed man tentatively identified as Mahmoud al Werfalli – an ally of Libyan National Army chief Khalifa Haftar wanted by the International Criminal Court (ICC) – committed their apparent execution in retaliation for the car bombing.

“The UN demands the handing over of Mahmoud al Werfalli immediately,” the UNSMIL message said, adding that at least five documented cases of similar extrajudicial killings occurred in 2017.

In Rajma, Salame met with Haftar, whose LNA holds power in eastern Libya, on Wednesday to discuss the political situation and need for 2018 elections. Salame expressed condemnation of the mosque car bombings.

Those attacks occurred Tuesday near the Bayaat al-Radwan mosque as worshippers were leaving. A second bomb detonated as rescuers rushed to assist victims of the first car bomb, killing at least three children among the 35 dead. Dozens of people were injured in the attack, with some victims taken by air to Tunisia for treatment.

The Presidential Council of the Government of National Accord (GNA) led by Fayez Al-Sarraj declared three days of mourning in Libya and vowed to bring those responsible to justice.

“The council expresses its deep sorrow and condolences for the loss of dear citizens who fell yesterday as a result of this heinous crime, and condolences to their families and relatives,” the GNA statement said. “The Presidential Council declares continuous and uninterrupted action to combat terrorism and to pursue its elements until it is eradicated and uprooted.”