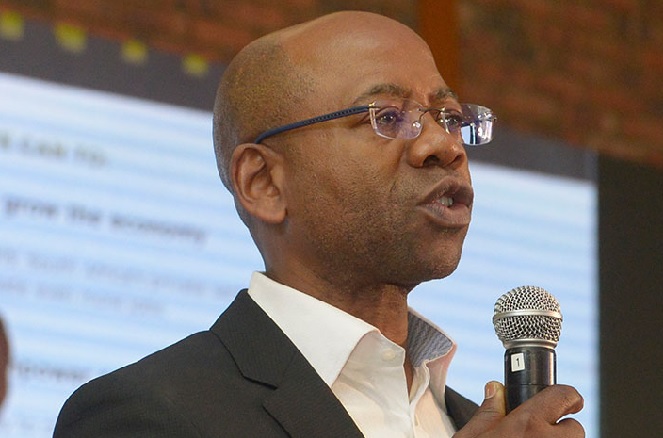 African participants attending the World Economic Forum have been promoting the continent’s development success and business opportunities – but come Friday afternoon, they may be promoting a protest walkout too.

President Donald Trump of the United States is expected to speak at 2 p.m. at Davos, and there’s already a move among delegates to either boycott Trump’s address or make an even stronger statement by walking out of it after he begins. That’s in response to profanity-laced insults attributed to Trump two weeks ago, as he discussed U.S. immigration policy and his distaste for people from certain African, Latin American and Caribbean countries.

African Union Commission Chairman Moussa Faki Mahmat, whose AU colleagues joined him in condemning Trump’s remarks, said that African leaders are still angry about an incident described as racist and reprehensible. It adds to the alienation Trump has engendered with his “America First” stance – openly criticized at Davos – and his decisions to back out of the Global Compact, the U.S. Paris Agreement climate obligations and UNESCO, as well as balking at other United Nations funding agreements.

So African delegates may well walk out on Trump in return. Bonang Mohale, above, the CEO of Business Leadership South Africa, wrote an open letter to Trump last week condemning the “shithole” remark and his policy stance.

Many African nations “have been unwavering allies of the US as we work together to tackle common threats and take advantage of common opportunities,” he said. “This has been as beneficial to many parts of Africa, as it’s been strategically important to the U.S. Now, at a stroke, you have cast a pall over that symbiosis by impugning the dignity of 1.2 billion Africans who call this continent home.”

Mohale said many delegates will be walking out and “we encourage like-minded peers to do the same.”