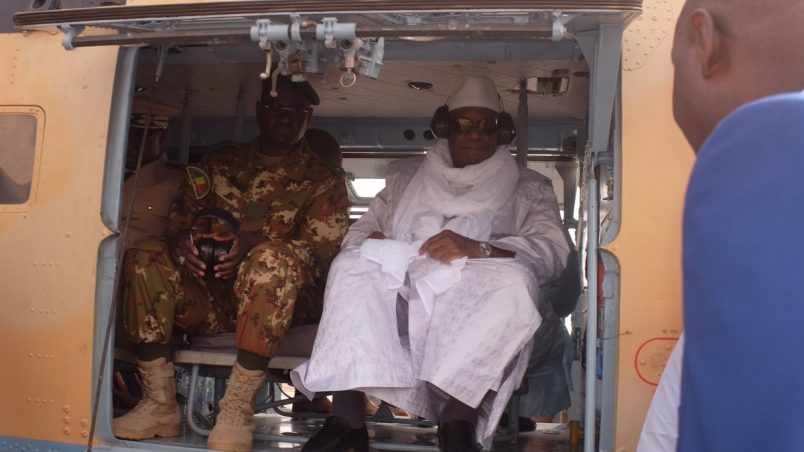 President Ibrahim Boubacar Keïta of Mali canceled his trip to the African Union summit in Addis Ababa on Saturday, heading instead to the site of Thursday’s civilian bus bombing near Boni – even as news came that 14 Malian soldiers died when gunmen stormed their camp in a fresh attack at Soumpi.

At least two dozen people died in Thursday’s incident when a bus carrying Malian as well as Burkinabe passengers hit a landmine and exploded, leaving no survivors. Four of the victims were babies traveling with their mothers, local residents told AFP.

Keïta denounced those responsible as “barbaric hordes” whose IED explosives claimed the lives of innocent people who had no quarrel with them. “Our sovereign mission is to defend by all possible means imaginable, in all possible ways, our brave Malian people who aspire only to live in peace and security,” he told the people of Boni. 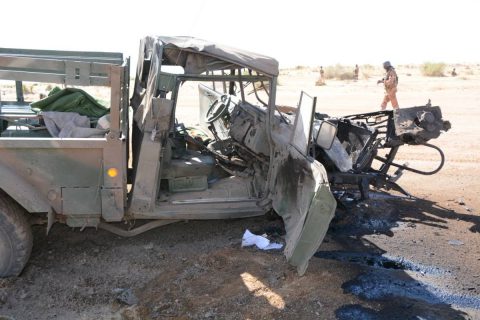 He acknowledged the Soumpi attack, in which 18 soldiers were injured in addition to the 14 fatalities. “So Boni yesterday, Soumpi today,” he said, asking rhetorically what it is the terrorists want and noting fear is the only purpose.

“We are not a people to be afraid,” Keïta added, warning that Mali will not forget its mission and that both Malian Armed Forces and G5 Sahel troops remain fiercely determined.

In a statement issued late Friday, the United Nations Security Council also condemned the Boni attack as barbaric and cowardly.   The Security Council members stressed the need to intensify regional and international efforts to combat terrorism and violent extremism in Mali and neighboring countries.