Home>News>Trump letter praises AU, African people but offers no apology
By AT editor - 28 January 2018 at 1:01 am 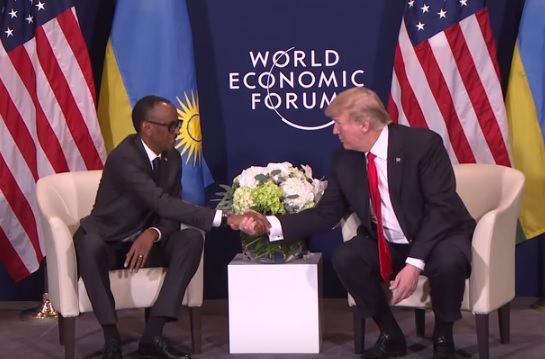 As leaders gathered in Addis Ababa in the runup to Sunday’s official opening of the African Union (AU) summit, news came that United States President Donald Trump has sent a letter to AU member nations affirming his respect for Africans and promising an extended U.S. diplomatic visit in March.

The letter, published in its entirety in Rwandan media, praises among others President Paul Kagame, the current head of the AU who met with Trump at Davos, and wishes the body a successful meeting.

“The United States profoundly respects the partnerships and values we share with the African Union, member states, and citizens across the continent,” Trump’s letter said, adding that his commitment to “strong and respectful relationships with African states as sovereign nations is firm.”

The letter dated Thursday follows recent antagonism because of Trump’s reported derogatory attitude toward African immigrants and their home nations. The AU, along with individual African nations, was among those demanding an apology after Trump reportedly described their countries as “shitholes.”

While some viewed the letter as an appropriate gesture in making amends and clarifying a path forward, other Africans skewered the U.S. president. “Trump eats humble pie,” read the headline of The Star in Kenya, but plenty of its readers remained offended and noted that Trump sent a denial, not an apology.

Trump nonetheless looked forward to the coming year, listing the occasions he’ll have to build relationships with Africans and the key U.S. leaders, including Ambassador Nikki Haley and Deputy Secretary of State John Sullivan, who are engaged in those efforts. Trump also said U.S. Secretary of State Rex Tillerson has scheduled an extended trip to the African continent in March.