Home>News>Botswana's Khama slams African leaders who refuse to leave office
By AT editor - 30 January 2018 at 7:14 am 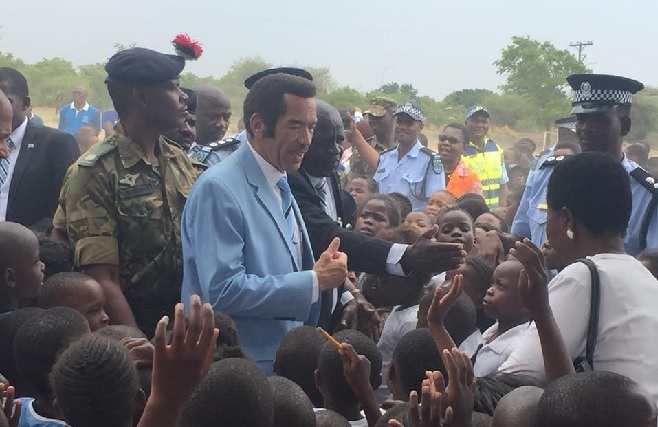 President Ian Khama is completing a farewell tour of Botswana as he prepares to leave office at the end of March – and he’s been using the opportunity to criticize other African leaders for their failure to step down in keeping with their constitutions and the will of the people.

Khama is visiting all 57 of the nation’s constituencies and was in Batawana on Monday, where he promised citizens he’d continue serving the nation in other capacities but has defied those critics who said he would never give up his presidential power.

“I have embarrassed them as I followed the constitution,” said Khama, who has a long history of being outspoken about presidents who refuse to leave, including former Zimbabwean leader Robert Mugabe.

Khama, who has served 10 years as Botswana’s president, was even more sharp in a criticism pointedly directed at President Joseph Kabila over his refusal to step down in keeping with Democratic Republic of Congo’s constitutional term limits, and his postponement of the country’s elections.

“We have one of the leaders in the (Southern African Development Community) SADC region who is not willing to obey the rule of law. He has been delaying elections for his self-interest which is a bad thing,” Khama said during his farewell tour visit to Francistown on Friday. He also slammed leaders for changing their constitutions in order to serve themselves while violating the will of their citizens.

Khama said he knows he can step away from leadership because there are others capable of doing so. “Botswana has two million people. Who am I to think that I am the only person who can become president among the two million people?” he asked.

Khama leaves office at the end of March. Vice President Mokgweetsi Masisi will take over on April 1. In Botswana, the vice president assumes national leadership during a transitional term ahead of elections, which are scheduled for 2019.