Home>News>China denies report of spying at AU headquarters
By AT editor - 30 January 2018 at 6:25 am 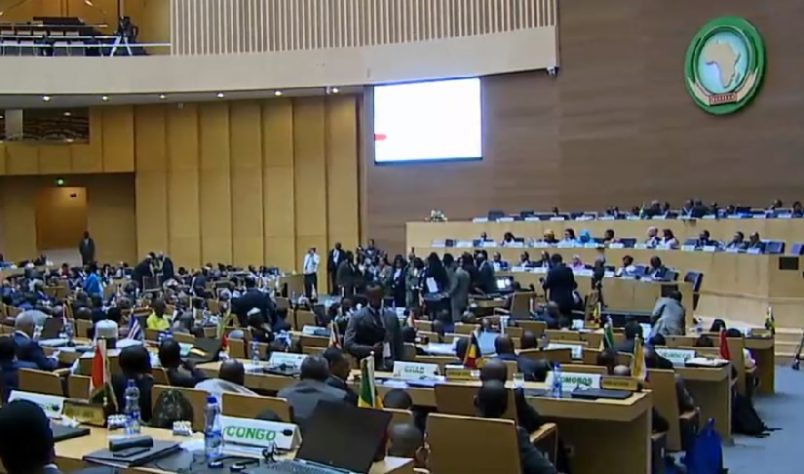 Kuang Weilin, the Chinese ambassador to the AU, vigorously denied the account on Monday and said the “absurd” report of secret data transfers reflected poorly on the well-regarded French news organization rather than on the relationship between Africa and Beijing.

Le Monde’s investigation cited unnamed sources from within the AU who said that from 2012 through 2017, data from the AU headquarters – built by the Chinese as a gift, including the digital systems – was routinely monitored by the Chinese.

For two hours each night, beginning at midnight, data was siphoned away from the building in Addis Ababa and transferred to servers in Shanghai, which wasn’t discovered until an IT professional noticed peak activity when no one was in the building and tracked it down, the sources said.

The AU has tightened its computer security since the discovery last January, the sources told Le Monde, and Algerian and Ethiopian experts have removed hidden microphones in a careful sweep of the six-year-old building. China maintains that despite the careful details, the Le Monde account is sensationalism.

Radio France International (RFI) spoke with several African leaders, including Nigerian President Muhammadu Buhari, who said he had not read the Le Monde account. AU Commission Chairman Moussa Faki Mahamat said he has seen no evidence of spying at headquarters in the year he has been in office, but that’s the same time frame since AU staff changed the IT systems.

Speaking at a Monday press conference, new AU chief Paul Kagame, the president of Rwanda, downplayed the spying allegations but said he wished Africans had built the AU headquarters themselves.