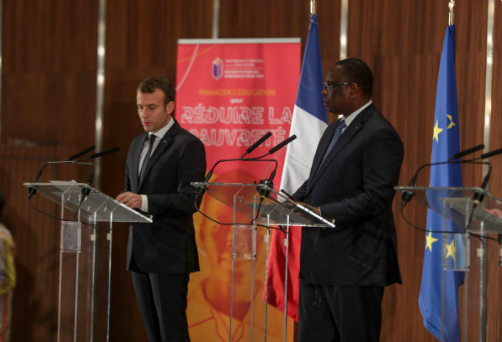 Last September, during the Global Citizen Festival in New York City, President Emmanuel Macron of France promised to raise USD$1 billion to support education in the developing world as part of the $3.1 billion funding goal for the Global Partnership for Education (GPE).

According to Global Citizen, significant commitments came from the European Union (USD$420.6 million), the United Kingdom ($317.8 million) and Norway ($258.6 million) as they stepped up with the biggest donations. Canada has pledged $145 million, while Australia continues with a $90 million pledge.

Apart from the support of donor nations, Japan and Argentina among them, much of the GPE effort focused on the commitments of developing countries to spend 20 percent of their overall domestic budgets on education. Conference host Senegal, as well as Somaliland, Sudan, Gambia and Ghana, are among the countries responding positively to the demand.

“Despite all this progress, the commitment total fell short of the $3.1 billion GPE needs to reach 870 million children in 89 developing countries around the world with the quality education every child deserves,” the Global Citizen NGO said in its release.

The needs of at least 573.5 million children will be met, while the organization continues to press private foundations and other developed nations for the difference.