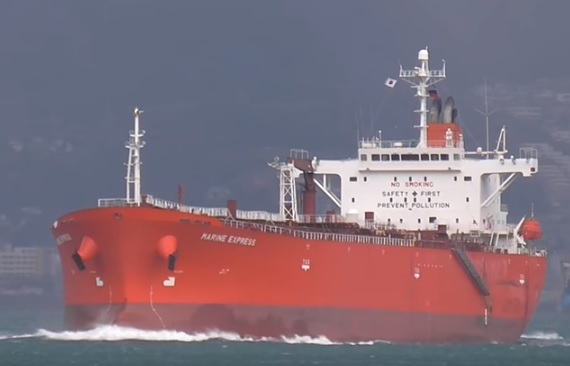 Indian authorities say they’re working closely with their West African counterparts to find 22 of their mariners aboard an oil tanker that went missing off the coast of Benin late last week.

“We are making all out efforts in coordination with Nigerian and Benin naval authorities to trace the missing ship,” said Sushma Swaraj, the Minister of External Affairs for India. Nigerian authorities said Monday they will provide India with any assistance necessary in locating the Panama-flagged ship and  missing Indian crew.

Anglo Eastern, managers for the MT Marine Express, said their last contact with the ship was at 3:30 a.m. local time on February 1 near Cotonou, the port city of Benin along the Gulf of Guinea. “Authorities have been alerted and are responding. Our top priority is the safety of the crew, whose families have been contacted,” the Hong Kong-based company said. There have been no public updates to follow.

The ship and a 13,500-ton load of gasoline went missing in an area known for piracy and, according to Maritime Executive, would be the second such incident along coastal Benin in the past month. British ship owner Union Maritime reported the Barrett and its crew were hijacked on January 9, with a safe release of the vessel negotiated six days later.