Home>News>Bonhams to offer long-lost Tutu at dual Lagos-London auction
By AT editor - 8 February 2018 at 6:25 am 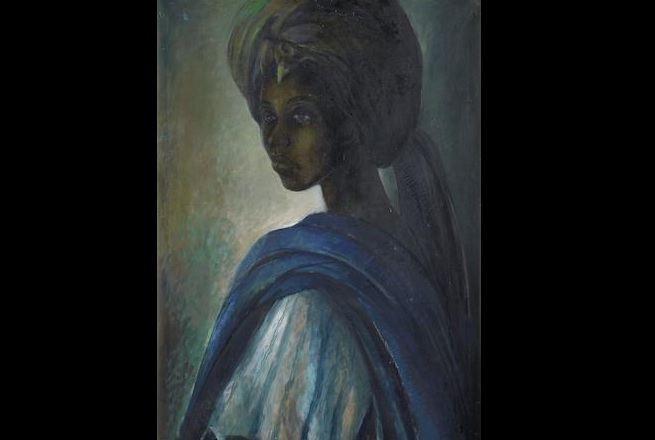 Bonhams in London will handle the sale of Tutu, the recently rediscovered portrait of Ife royal princess Adetutu Ademiluyi painted in 1974 by Nigerian artist Ben Enwonwu.

“In a pioneering move, the sale will be broadcast live to a Bonhams auction event in Lagos, where bidders will be able to participate in real time,” the art house said in a release issued Wednesday.

Enwonwu painted three versions of Tutu during 1973–74, and the image became a national symbol in a country struggling for unity in the wake of the Biafra conflict. All three paintings had been considered lost until the discovery of the current picture for sale.

The first painting, completed in 1973, remained in the artist’s studio until his death in 1994. It was lost at some point after that, and its current whereabouts are unknown. The location of the third Tutu painting is also unknown, leaving the work for sale at Bonhams as the only known example of the image.

“It amounts to the most significant discovery in contemporary African art in over fifty years,” said Nigerian-born novelist Ben Okri, writing for Bonhams. “It is the only authentic Tutu, the equivalent of some rare archaeological find. It is a cause for celebration, a potentially transforming moment in the world of art.”

The sale also includes other Enwonwu works, a group of figurative sculptures completed by Ghanaian artist El Anatsui in 1995, and work by Mozambican Gonçalo Mabunda. For more information about the Africa Now auction on February 28, check the Bonhams website.