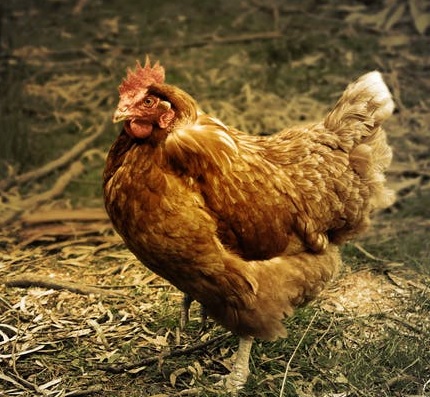 Members of the Swaziland Defence Force say they’re facing a new threat that they aren’t sure how to overcome – and it’s the chickens.

Soldiers at the Mdzimba Army Barracks in the Hhohho region, in a mountainous northwestern part of the country, say their base is overrun by about 200 free-range chickens that can’t seem to be defeated.

“You can find them inside our dormitories. Sometimes you will come across a hen laying eggs on the bed. And the sad thing is that you cannot shoo the chickens,” a source told the Times of Swaziland.

USDF Public Relations Officer Lieutenant Nkosinathi Dlamini confirmed the story, the media outlet reported on Friday. “We have been told about the noise pollution, feathers flying around and chicken poo littered everywhere,” he said.

At the same time, there’s been no filing of a formal complaint for reasons that remain unclear. Soldiers at Mdzimba said they’ve complained many times about removing the chickens, but were told the owner of the chickens is a member of the military who is also part of or connected to Swaziland’s royal family.

So the soldiers feel it’s perhaps unwise to swat the chickens, forcibly remove them to another location or – well – worse.

The military spokesman agree the chickens are a noisy nuisance, the Times said, but gave no details on what if anything will be done about the poultry predicament.