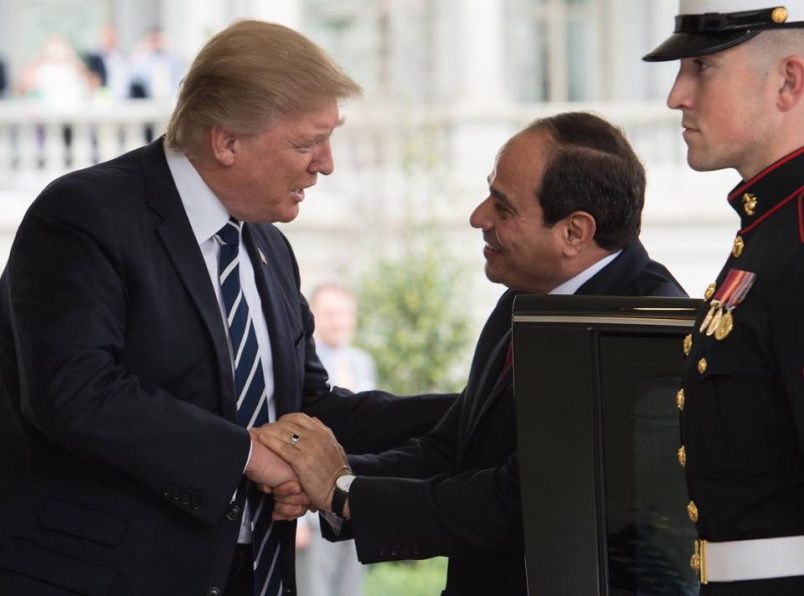 Fourteen human rights organizations, including the global Human Rights Watch NGO, have called on Western governments to speak out against presidential elections in Egypt they describe as “farcical.”

“The United States, European Union, and European states, which provide substantial financial assistance to the Egyptian government, should consistently integrate human rights into their relations with Egypt,” the groups said in a joint statement Tuesday. “These countries should halt all security assistance that could be used in internal repression and focus aid on ensuring concrete improvements to protect basic rights.”

The Cairo Institute for Human Rights Studies, International Federation for Human Rights (FIDH) and others also called for the release of opposition candidates and supporters detained as President Abdel Fattah al-Sisi makes a re-election run that’s effectively shut down all challengers.

They include Sami Anan, who was detained just three days after his January 20 announcement of candidacy, and both Ahmed Konsowa and Ahmed Shafik, who announced their respective runs for president in November. Konsowa is facing a six-year sentence for “disobeying military orders by expressing his political views” and “committing acts that violate military norms by publishing a video on Facebook announcing his plan to run for the presidency.”

Shafik, while not imprisoned, withdrew from the race with an apology to his supporters who are. Two other men – human rights lawyer Khalid Ali and former parliament member Anwar al-Sadat – also withdrew citing the arrest of supporters and repressive climate. “The opportunity for hope in this presidential election has gone,” said Ali in his press conference.

The only candidate facing Sisi at the end of March is pro-government leader Mousa Mostafa Mousa, who announced his bid at the last minute and presents no meaningful challenge.

“Egypt’s allies should speak out publicly now to denounce these farcical elections, rather than continue with largely unquestioning support for a government presiding over the country’s worst human rights crisis in decades,” the groups said.