Home>News>Ramaphosa ready to deliver SA's State of the Nation address
By AT editor - 16 February 2018 at 7:43 am 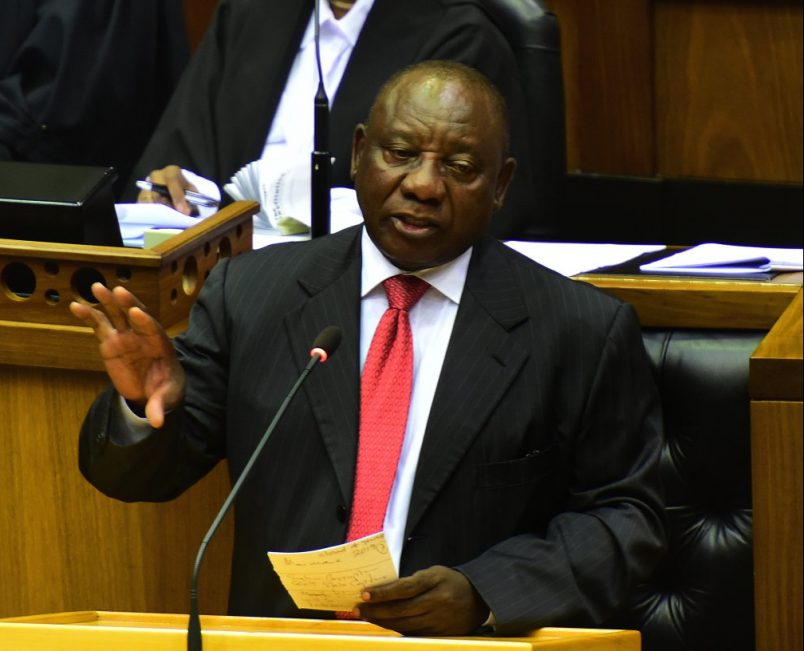 New President Cyril Ramaphosa of South Africa will deliver the country’s State of the Nation address at 7 p.m. Friday in Cape Town.

The address follows the swearing-in ceremony for Ramaphosa held Thursday, after the sudden reversal of Jacob Zuma and his decision to resign just hours after he said, once again, that he refused to do so.

Ramaphosa said during the proceedings that the nation’s concern over corruption and state capture – the undue influence over South African entities and officials by those who can afford it – are among the issues he plans to address in the State of the Nation speech.

“What we’ve always said, we are going to seek to improve the lives of our people and that is what we have been doing and will continue to do, and take their lives to a higher level,” Ramaphosa said at his swearing-in, while appealing for unity among the African National Congress and all parties in the bitterly divided political landscape.

Zuma has been at the center of South African corruption investigations that link him to the wealthy Gupta families, their business dealings, and South African state entities including the country’s Eskom utility provider – corruption allegations investigated in the country’s 2016 State of Capture report. Gupta family members and associates have been arrested in recent days, with at least one Gupta refusing to turn himself in and now considered a fugitive.

Zuma resisted pressure from the African National Congress as his party called for him to step down. In an interview just hours before the announcement he still maintained he would not do so, and made clear in his speech that he disagreed with the ANC National Executive Committee demands.

“No life should be lost in my name and also the ANC should never be divided in my name. I have therefore come to the decision to resign as president of the republic with immediate effect,” Zuma said. “Even though I disagree with the decision,” he added, “I have always been a disciplined member of the ANC. As I leave I will continue to serve the people of South Africa as well as the ANC, the organization I have served all of my life.”