Home>News>Ethiopia declares new state of emergency after PM's resignation
By AT editor - 16 February 2018 at 8:09 am 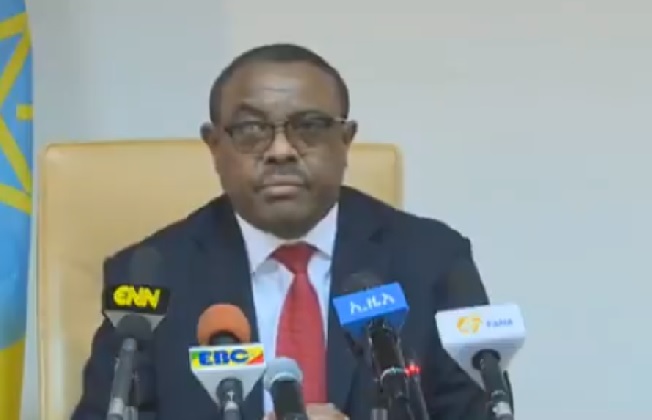 The move follows the sudden resignation of Prime Minister Hailemariam Desalegn and his departure from the chairman role of the EPRDF party on Thursday. The state of emergency will leave the military in charge and reporting to the prime minister, who has yet to be named, according to earlier information reported by the Addis Standard.

“Details of parts of the civilian constitution to be suspended will be announced at the end of the ministerial council’s meeting, but it is likely to be not much different than the October 2016 nine month state of emergency, which was extended by additional four months,” the Standard said.

The developments come amid widespread protests that have turned violent once again in Ethiopia’s Oromo region, where ethnic tensions heightened by land disputes in 2015 led to waves of protests, deaths and arrests. A massacre at the 2016 Irreecha festival in Bishoftu led to the previous state of emergency, which was marked by political repression and charges of widespread human rights violations.

Rumors of a new state of emergency, and some calls for it, have circulated as blockades and protests mounted with at least nine deaths reported in recent days.

Hailemariam’s unexpected resignation also comes as Ethiopian officials made a commitment to release prisoners of conscience, one he announced last month as part of an effort to widen the political space for all. In recent weeks they have included high-profile opposition figures including freed journalist Eskinder Nega, and Oromo opposition politicians Bekele Gerba and Merera Gudina.