Home>LEADERS & COMPANIES>South Africa's Tutu resigns from role with scandal-hit Oxfam
By AT editor - 16 February 2018 at 6:54 am 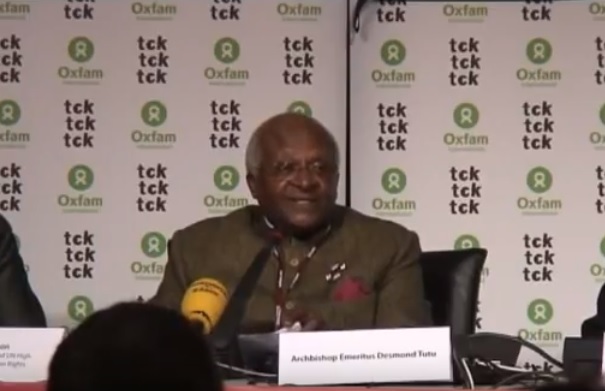 In South Africa, the Anglican Archbishop Emeritus Desmond Tutu has resigned from his position as global ambassador for Oxfam International, the UK-based development and humanitarian aid organization at the center of allegations of sexual misconduct among its relief workers in Chad and Haiti.

“The Archbishop is deeply disappointed by allegations of immorality and possible criminality involving humanitarian workers linked to the charity,” the Tutu statement said. “He is also saddened by the impact of the allegations on the many thousands of good people who have supported Oxfam’s righteous work.”

The 86-year-old Tutu has retired from public life, the statement added, and he is therefore withdrawing from his public commitments. “He has instructed his office to write to Oxfam International to inform them of his retirement as a global ambassador,” the message concludes.

At Oxfam, new executive director Winnie Byanyima said the allegations against former aid worker Roland van Hauwermeiren and other Oxfam staff are shocking and appalling. “I hope we can restore the trust of our supporters, of our donors, of our staff, and all the people who believe in Oxfam’s mission,” she said.

Meanwhile, in an open letter sent to Belgian media outlets and made public Thursday, Van Hauwermeiren denied claims of hiring sex workers in Chad in 2006 or the reports of sex parties in Haiti in 2011.