Home>News>Rare woolly rhino carving from Morocco turns up in Ireland
By AT editor - 17 February 2018 at 6:41 am 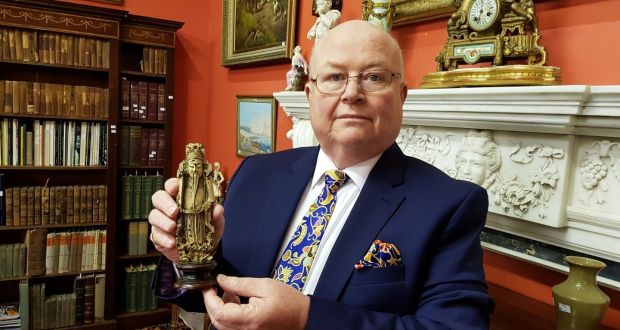 When the owner of a rare carving found in Morocco finally wanted to know its true value, he was in for a surprise – and something of a windfall, because the small statue he took home to Ireland has turned out to be worth tens of thousands of euro.

That’s according to Mealy’s Fine Art, a family-owned auction house in Castlecomer, a small town in County Kilkenny in Ireland. The ornately carved, 15-centimeter tall statue belonging to the anonymous owner will be up for auction there next month, and owner George Mealy was eager to show off the find.

The statue was in an antique shop visited by an Irish carpenter in 2006 in the Rif Region of Morocco, where he bought it for about €60, he told the Irish Times. The carved figurine stood out because it looked Chinese in a shop that sold primarily Roman-era and Islamic art; he took it home to casually check out its history before seeking a professional opinion, at his wife’s urging, to end the speculation.

When he did, the carpenter discovered the antique he picked up in Chefchaouen wasn’t lacquer-painted wood at all. A radiocarbon dating test showed it was carved from the horn of an extinct woolly rhino, which left a trail of fossils and well-preserved remains across Europe and Asia. It’s most likely that the 25,000-year-old horn was found in 15th-century China and carved into the emperor figurine then, but how it made its way to Morocco remains a mystery.

Mealy estimates the value at €30,000 (USD$37,200). While rhino horn trade is illegal in Ireland, he said the piece is legal to sell because it comes from an extinct species and not the rhino under protection today.