Home>News>In Sudan, Turkey's Cavusoglu again denies military plan for Suakin
By AT editor - 21 February 2018 at 8:10 am 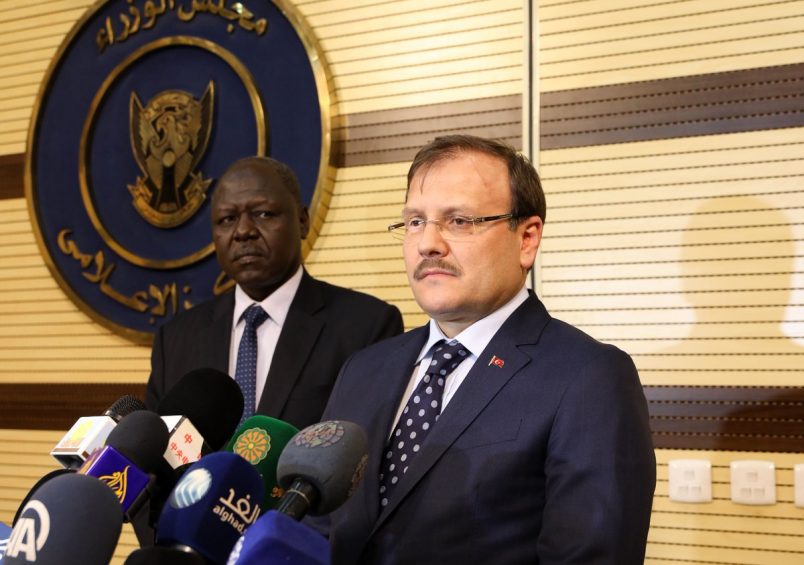 The deputy prime minister of Turkey began a two-day visit to Sudan on Tuesday, with a stop in Darfur to check on humanitarian aid before his plans take him to the contentious Suakin Island.

In Khartoum, Hakan Çavuşoğlu met with Sudanese Prime Minister Bakri Hassan Saleh to discuss bilateral relations, and had dinner with investors and business leaders in an open-air garden setting.

During a press conference, Çavuşoğlu again said that Turkey has no plans to build a military base on the Red Sea island and seeks only to develop the historic Ottoman-era site for tourism and cultural reasons.

Turkey announced in December it had cut a USD$650 million deal to transform Suakin Island into a destination, the result of negotiations between President Recep Tayyip Erdoğan and Sudanese President Omar al-Bashir.

The land sits on a shipping channel south of Port Sudan, and the agreement immediately raised questions over the strategic site and the potential for Turkey to establish a military presence there – part of a broader Ankara approach to extend influence in the region, including in Djibouti.

The speculation touched off a series of accusations from Egypt, currently experiencing friction with its neighbor to the south, and resulted in the recall from Cairo of Sudanese ambassador Abdul Mahmoud Abdul Haleem. It also left Eritrean leader Isaias Afwerki publicly denying rumors that Egyptian troops were in Eritrea, although Afwerki did call on Erdoğan to make clear his intentions in the region.