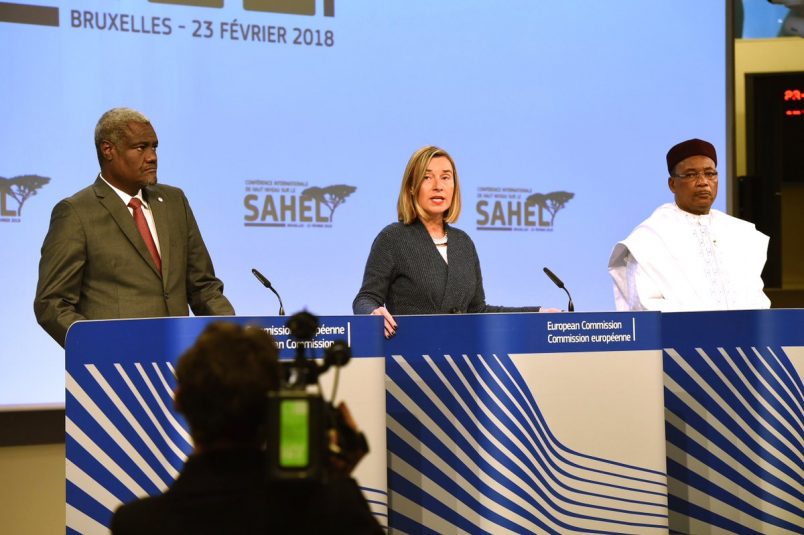 The funding for the joint military force of the five nations – Burkina Faso, Chad, Mali, Mauritania, and Niger – includes a doubling of the EU’s own commitment which now stands at $123 million. An additional $93 million is pledged from EU member states. The cumulative $509 million total approaches the first-year budget estimate for the Sahel security operation but still falls short of the $523 million.

“The Sahel is a territory almost as vast as the European Union, which concentrates a multitude of challenges closely linked to each other: extreme poverty, worrying fragility, growing insecurity,” said EU President Jean-Claude Juncker.

“In the face of so many interrelated factors of instability, our responses must also be linked, ambitious and appropriate,” he added. “Security and development must walk hand in hand.”

Federica Mogherini, the top EU diplomat for foreign affairs, said the financial pledges will have the G5 Sahel force fully operational in March. She praised the coordination of the Sahel nations that “decided to join forces to address challenges that none of them could have faced alone: terrorism, the trafficking of arms, drugs and human beings, the creation of good jobs for their youth.”

Moussa Faki Mahamat, head of the African Union Commission, welcomed the global commitments in the fight against terror but warned that much more needed to be done to boost development and good governance. “It is my hope that these pledges will quickly be felt on the ground in the G5 Sahel countries,” he said.

Current G5 leader Issoufou Mahamadou, the president of Niger, and his regional counterparts warn that a sustained commitment to security operations will be necessary in subsequent years.