Home>Health>New case puts Liberia, Guinea on alert while Nigeria deals with Lassa
By AT editor - 24 February 2018 at 8:23 am 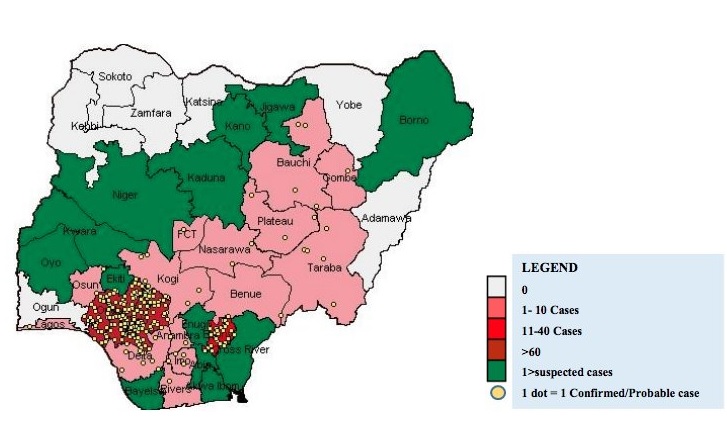 As Nigeria works to get a handle on its own Lassa fever outbreak, the World Health Organization has announced a new case affecting Guinea and the Liberian communities where the deceased patient traveled.

The patient from Guinea died in January, leaving public health investigators to follow up on more than 50 contacts who have thus far proved to be free of the often fatal hemorrhagic fever. Among them were 22 health care workers in Guinea and 16 health care workers in Liberia. Authorities in the neighboring West African countries are working together on stepped-up surveillance and community education.

The news comes as Nigeria announced more than 900 reported cases, about 30 percent of them confirmed by laboratory testing. The Lassa fever death toll in Nigeria now has risen to 73. Edo state in the country’s south has seen unusually high numbers of cases, with Ondo and Ebonyi also hard-hit.

At least 17 states have been affected, while Nigeria Centre for Disease Control (NCDC) says there are now three lab testing sites dealing with the case reports.