Home>Finance & Economics>Seychelles swaps its debt for designated marine conservation investment
By AT editor - 24 February 2018 at 7:26 am 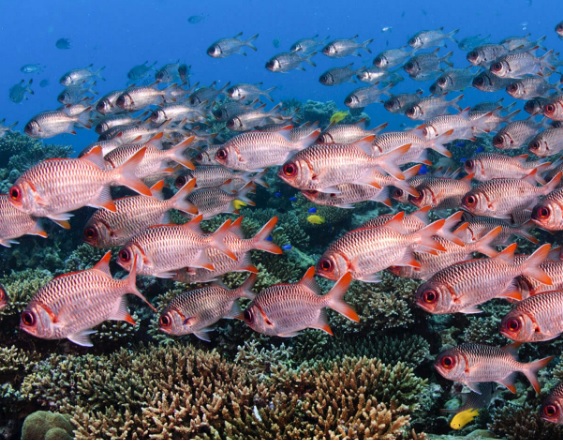 The deal allows the Indian Ocean island to pay off outstanding sovereign debt with $21 million raised by the conservancy, and is supported by partners and private investors including China Global Conservation Fund of The Nature Conservancy, the Leonardo DiCaprio Foundation, Oceans 5 and at least six nations.

In return, Seychelles pledges to put 30 percent of its territory under marine protection, funding it and other climate adaptation projects through the NatureVest program and Seychelles Conservation and Climate Adaptation Trust (SeyCCAT). By 2022, some 410,000 square kilometers will be protected.

The first designations include waters around the remote islands of the Aldabra Group, with a coral atoll listed as a UNESCO World Heritage Site and considered ecologically akin in importance to Galapagos. “It is home to the most endangered animal in the western Indian Ocean — the dugong — and 100,000 rare giant tortoises that breed only here,” the Nature Conservancy said.

The second Marine Protected Area covers 136,000 square kilometers of deep water between the Amirantes Group and Fortune Bank, which is important to both the tourism and fishing industries. Unlike the Aldabra site, which limits almost all human activity, this site will continue to allow some economic activity but with strict new conditions.

“Without these Marine Protected Areas, activities like oil and gas exploration, deep-sea mining, dredging, and controversial fishing techniques could take place in one of the planet’s most biodiverse oceans with little or no restriction or direction,” the conservancy said.

It’s hoped that the Seychelles model can be replicated elsewhere.