Home>News>DR Congo: Three dead, dozens injured in church-led march for reform
By AT editor - 26 February 2018 at 1:07 am 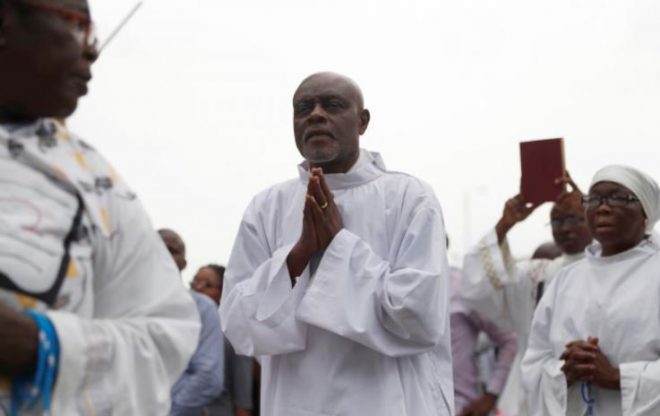 At least three people have died and dozens more were reported injured following Sunday’s marches for democratic reforms in the Democratic Republic of Congo.

Two were confirmed dead in Kinshasa and a third person died in Mbandaka, according to the Comité Laïc de Coordination (CLC), an arm of the Roman Catholic Church laity that has organized monthly protest marches since December. At least 14 people have died in the two previous marches, which were marred by a crackdown by Congolese security forces, sometimes inside the churches themselves.

Three priests were detained in Lubumbashi, in the southeastern Katanga region, as security forces used tear gas on marchers the CLC insists are peaceful participants marching with their Bibles and crucifixes. The CLC condemned the violence while praising police and security officers who protected their fellow citizens.

The third march drew 3 million Congolese who are calling for free and fair elections in keeping with a December 2016 agreement negotiated with President Joseph Kabila, the CLC said. They want Kabila’s government to adhere to its provisions as the country moves toward delayed elections, and they join the National Episcopal Conference of Congo (CENCO) bishops in demanding that Kabila publicly say he will not seek another term.

Kabila, who has been in power since 2001, remains in office despite a two-term limit under the country’s constitution.