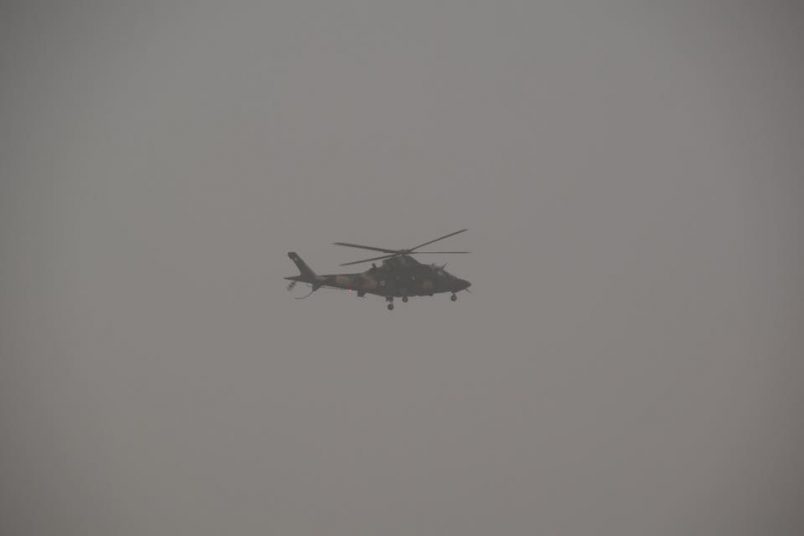 The Nigerian Air Force (NAF) said Sunday it is expanding efforts to locate more than 100 missing girls abducted from the Government Science and Technical College in Dapchi last week.

Spokesman Olatokunbo Adesanya said additional air assets including Intelligence, Surveillance and Reconnaissance (ISR) platforms and helicopters were deployed to Yobe state in the country’s northeast, and the NAF will conduct day and night missions in the search for them.

“While the NAF will spare no efforts at possibly locating the girls via its air operations, it also seizes this opportunity to call on anyone, especially the locals, who might have any useful information that could lead to the location of the girls to bring such information forward to NAF authorities,” he said in a statement.

The decision followed official confirmation of 110 students missing after the school was targeted by “insurgents believed to be from a faction of Boko Haram” on February 19. Alhaji Lai Mohammed, the Nigerian Minister of Information and Culture, released the total of missing students following a meeting with parents of the girls, school officials, and government and security representatives.

They concluded that 906 students were in school last Monday, and together they determined 110 are still missing. “We must get back the girls and also ensure that this does not happen again,” said Minister of the Interior Abdulrahman Dambazau, who was part of the delegation.

Nigerian officials have long been criticized for their response to Boko Haram attacks on schools, including the 2017 attacks on University of Maiduguri and the high-profile Chibok kidnapping in 2014. President Muhammadu Buhari and his government often are accused of overstating their success in fighting Islamic extremists, and this new incident found them walking back positive reports again, in this case that the girls had been rescued.