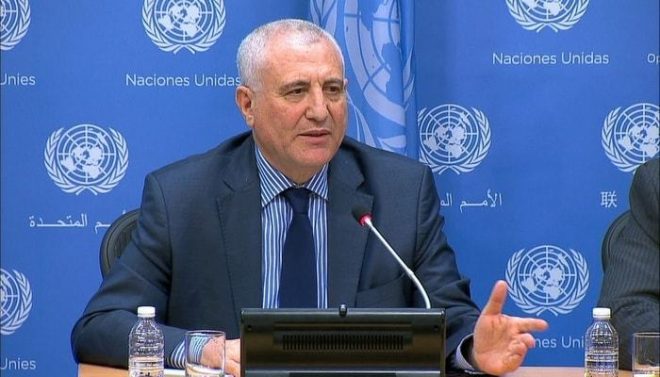 On 24 February 2013, eleven African heads of state made history in Addis Ababa, Ethiopia. The Peace, Security, and Cooperation Framework (PSCF) for the Democratic Republic of the Congo and the Great Lakes region came into being. Sudan and Kenya joined the group 11 months later. Together, they committed 370 million people and an aggregate GDP of USD$1.2 trillion to prevent conflict, build peace, and promote cooperation and economic integration in a large part of sub-Saharan Africa. The PSCF generated new hope for peace and stability in the Great Lakes region and beyond.

Just one generation before, millions of lives were lost in the same region as a result of conflicts and a genocide. Trillions of dollars’ worth of natural resources proved to be a curse, inciting foreign interference and fueling violence.

The PSCF was set to change this state of affairs, and to leapfrog the region into a new period of peace and stability.

Five years on, progress was indeed achieved. During this time, dialogue and cooperation between countries and across the region have increased and mistrust declined. Regional leaders have worked together to address insecurity and create stability. The good management of natural resources started to be considered a shared priority. Measures were taken to increase interregional trade and boost investments, including through the easing of visa and work permit requirements, the establishment of one-stop investment centers, and the facilitation of border exchanges. High commodity prices generated investments and close to double digit growth rates. Some countries in the region started jumping up global rankings of democracy, education, social equality, and gender empowerment.

The United Nations, the African Union, the International Conference on the Great Lakes Region (ICGLR), and the Southern African Development Community (SADC), the four Guarantors of the PSCF, have worked together during these five years to advance the implementation of the PSCF. They have encouraged political dialogue and confidence building across the region, opened up space for women, youth, and civil society participation, generated consensus and commitment to urgently act to neutralize armed groups, put the protection of human rights upfront and promoted regional judicial cooperation, and fostered transparent and sustainable management of natural resources.

Most importantly, they continued to call upon the leaders of the region to be accountable to their own citizens and uphold the commitments they signed up to with the PSCF in 2013.

Far too many challenges remain

Yet, despite these advances, the sources of conflict in the region largely remain. Political instability, violence and poverty continue to affect the lives of too many people, including of over 11 million forcibly displaced today.

Constitutions and electoral processes are challenged leading to political crises and – at times – violence. Weak governance structures and corruption affect all aspects of the lives of citizens, in particular the most vulnerable. Previously weakened non-state armed groups are returning to terrify communities. Violence re-emerges on ethnic and political grounds. The average regional per capita income is turning negative while disparities among countries are widening, with some forging ahead of their development plans and others lagging behind. Mismanagement of natural resources and land, and uneven distribution of wealth continue to create fertile ground for instability. Women often struggle to find a voice and are particularly vulnerable to insecurity.

The 5th anniversary of the PSCF is the right opportunity to remind ourselves that the business is still unfinished. Broader and stronger commitments and partnerships are needed in the region, the African continent, and globally to achieve peace and stability in the Great Lakes region.

We must step up our collective efforts to deliver inclusive and peaceful political processes that respond to people’s expectations. We should spare no effort to ensure armed groups are neutralized and former combatants reintegrated into their communities. Those responsible for human rights abuses must be brought to justice. Displaced communities who have been on the run for too many years should be given options that respect their dignity and provide them with a secure future. Host countries and international partners must work together to provide humanitarian assistance to all those who need it, many of whom are children and women. And, more should be done to ensure that the natural resources riches are a driver of growth and shared prosperity, both essential foundations for peace. None of this can be achieved if women, at the leadership and at the community level, are not fully engaged in key decisions and share the responsibility to deliver peace and security, and to foster cooperation in the Great Lakes region. Still, it should be noted that the biggest asset among all riches of the Great Lakes region is youth. However, its creative energies still need to be better channeled through work opportunities, engagement, participation and empowerment. This is what the PSCF is about.

We have no option but to do more and more effectively. Peace and stability in the Great Lakes region is central to Africa’s prosperity. When the Great Lakes region returns to the upbeat moments, African and global citizens, environmentalists, investors, and tourists will celebrate. A stable, inclusive and prosperous Democratic Republic of the Congo is the key to unlock this potential. I invite you all, leaders, citizens, partners, to convert this troubled region into a pioneer of the emerging Africa and a strong partner of the rest of the world.