Home>LEADERS & COMPANIES>Veolia video calls out 'fake news' in battle over Gabon operations
By AT editor - 28 February 2018 at 9:49 pm 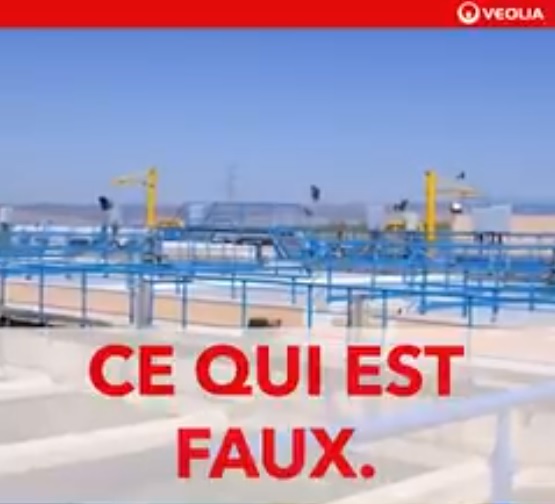 Veolia, the French multinational firm focused on energy and environmental services, released a message Tuesday urging the public to be careful of “fake news” as its dispute over operations in Gabon deepens.

The company, which saw its Société d’Énergie et d’Eau (SEEG) facilities in Libreville seized on February 16, released a short video Tuesday to deny reports that claim it plans to freeze all African investment. Rather, the video clarified comments made by Antoine Frérot in a Financial Times interview last week in which he said that Gabon’s move is “bad news” that will have a chilling effect on foreign investment in Africa.

“It’s a political and populist decision with, in my mind, strong financial consequences because of course we will sue them (in international courts) to get back what is our right,” Frérot added. The company’s video message repeated the assurance that Frérot’s broader observations were not about Veolia’s specific investments.

“Veolia and its subsidiaries will always respect and abide by investment commitments made to their customers and partners, in Africa and around the world,” the company said.

Veolia condemned the takeover by armed men earlier this month as a “brutal action” that defied the rule of law, and expressed concern for employees working in Gabon’s water and electricity utilities. The company also said Gabon’s action “reflects the catastrophic climate of foreign investment locally, following the departures of companies such as Shell, Sodexo and Sinopec in recent years.”

Gabon’s Ministry of Water and Energy said it had no choice but to terminate the SEEG agreement because of Veolia’s failures in service delivery and the maintenance and infrastructure upgrades necessary to ensure quality services at the lowest rates.

“It is therefore these shortcomings, multiple complaints from users and the refusal of Veolia to accept a convention more in line with the expectations of the state and the people that (led to) this decision,” the ministry said in a February 23 statement.

Officials this week added environmental violations to their complaints about Veolia, charging that oil and fuel contamination at company sites in Gabon would never be tolerated in France.