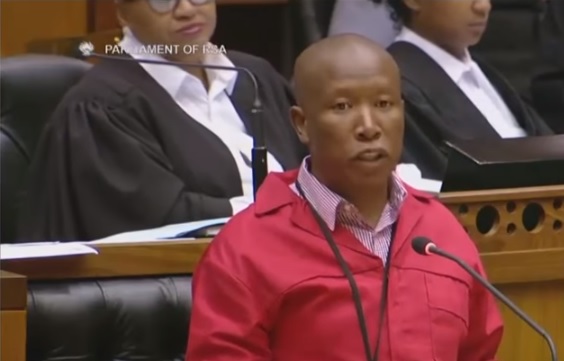 The Democratic Alliance (DA), South Africa’s main opposition party, said Thursday it is reporting to the country’s Equality Court over comments made by firebrand leader Julius Malema of the Economic Freedom Fighters (EFF). 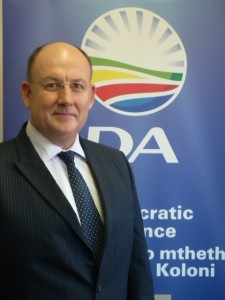 The announcement followed public comments Malema made against Athol Trollip, right, the mayor of Nelson Mandela Bay and a member of the DA party, amid South Africa’s contentious debate over land reform policies. The EFF party head referred to Trollip as the “white man” who needs to be removed, with the threat that “we are going to cut the throat” of those who stand in the way of a proposed uncompensated land expropriation policy the EFF supports.

“Malema’s statements are nothing short of hate speech and go as far as an incitement to violence,” said Refiloe Nt’sekhe, the DA national spokesman. “While these kinds of vile and bigoted statements have come to characterize the EFF and its leader, they have no place in South Africa and only undermine our constitutional democracy.”

The DA, which does not back the EFF proposal, accused Malema of blatantly distorting the DA’s position on land reform, its commitment to address the history of violent land dispossession of black South Africans, and its understanding of the pain that comes with brutal land dispossession.

“The EFF’s policy of land reform will not serve those who have been disposed of land,” the DA said. “Their proposal will mean that all land, no matter who owns it, will be given to the State.”