Home>Finance & Economics>Beijing fires back at Tillerson's China-Africa remarks
By AT editor - 7 March 2018 at 5:08 am 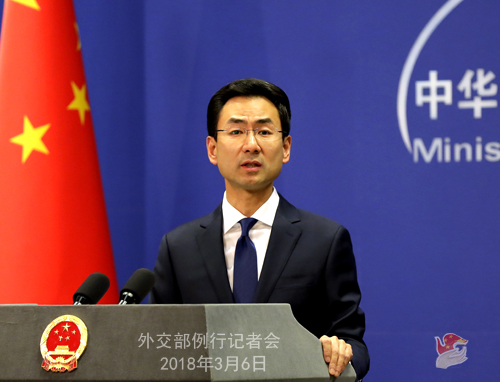 China has fired back at the United States after claims by U.S. Secretary of State Rex Tillerson that Beijing’s approach to African development is one of dependency and indebtedness. Tillerson, now in Ethiopia as he begins a five-nation African tour, made the remarks prior to departing the U.S.

China creates few if any jobs in most African countries, and “endangers Africa’s natural resources and its long-term economic political stability,” he added.

That didn’t sit well with China’s Ministry of Foreign Affairs, which called his remarks completely inconsistent with fact. “China is not a main creditor of African countries,” said MFA spokesman Geng Shuang at a Tuesday press conference.

“China’s financing support to Africa is mainly invested in infrastructure construction and the field of production. The Chinese companies have built a large number of infrastructure projects such as highways, railways, ports, airports and communications facilities in Africa, which greatly improved the environment for Africa’s economic development, added to its appeal to foreign investment and enhanced its capability to achieve self-driven development,” he said.

China expects its relationships with Africa to be evaluated in a fair and objective way, he added.

Tillerson’s remarks came during a March 2 speech at George Mason University in the U.S., where he laid out a vision for future relations with Africa. He also announced USD$533 million in new humanitarian assistance to fight food insecurity and other needs in Somalia, South Sudan, Ethiopia and the Lake Chad Basin.

Tillerson’s trip to Ethiopia coincides with a visit by Russian Foreign Minister Sergei Lavrov, and there’s speculation the two may meet before Tillerson heads on to stops in Chad, Djibouti, Kenya and Nigeria.