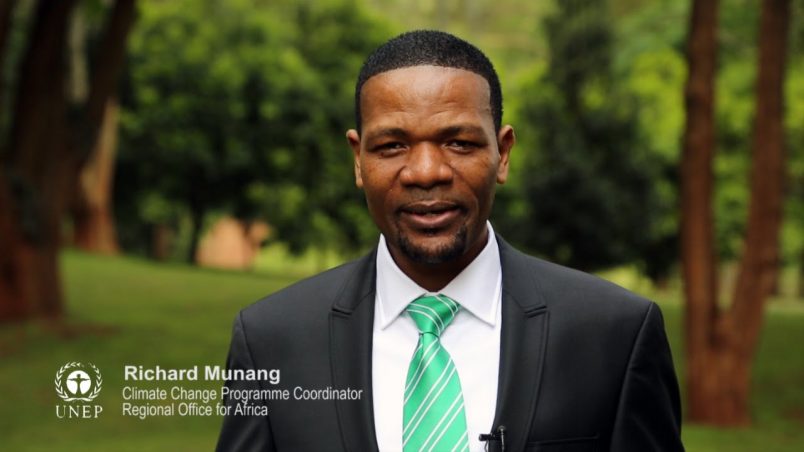 “Smooth seas do not make skillful sailors.” “Every adversity carries with it the seed of equal or greater benefit.” Across Africa and the globe, these and countless similar proverbs are used to mean the same thing: Hidden in adversity is opportunity.

When we talk of malnutrition and infant mortality, Africa has some 200 million undernourished people and there are 240 million people who go to bed hungry every day. Compounding food insecurity is ecological degradation; the depletion of ecosystems critical for food costs the continent USD$68 billion annually. Furthermore, a third of all food is lost in post-harvest, which amounts to $48 billion annually and to make matters worse, the continent is spending $35 billion to import food that’s depleting foreign reserves and “importing” unemployment.

Turning to youth, millions are unemployed and risk life, limb and dignity to cross the Mediterranean in search of the illusion of greener pastures. An unprecedented 70 percent of illegal immigrants out of Africa do so for economic reasons. While the need to create opportunity is urgent, Africa’s economies stand out for low productivity – an estimated 2000 percent lower than that of developed regions. As an example, the continent earns a mere 10 percent of the total extractable value from its agro-value chains due to low value addition.

In the cocoa value chain, where the largest producer is in Africa, from more than $100 billion in revenue made from chocolates alone, Africa receives a dismal 2 percent, meaning $98 billion of potential revenues and job income are lost. Related to this low productivity is energy poverty with 620 million, about 67 percent of the population, without access to electricity. Overshadowing these challenges, with a compounding effect, is climate change. It threatens to shrink developing-country economies, three-fourths of which are in Africa.

Hidden in Africa’s adversity is a jewel presenting an opportunity to accelerate socioeconomic transformation. For example, lack of grid-connected electricity means the continent is not locked in current environmentally unsustainable energy models. This translates to low transition costs to a cleaner energy future, one the entire globe is driving towards. Combine this with Africa’s unassailable comparative advantage in clean energy resources and it’s an opportunity for the continent to become a global leader in sustainable industrialization. Creating income opportunities while simultaneously mitigating carbon and protecting ecosystems will forestall compounding climate change. The unemployed youth with skills, talents, energy, passion and networks can be tapped to drive the continent’s sustainable industrialization efforts. The idea is aptly captured in an insightful African proverb: “The worlds of the elders do not lock all the doors; they leave the right door open.”

Opening Africa’s door to opportunities for all

Africa’s advantage includes the majority youth who represent 60 percent of the population; this represents the continent’s most sovereign capital. Second, is leverage in productivity in the catalytic sectors. These are sectors that are economically inclusive and in which the continent holds a comparative advantage in resources. Most importantly, these sectors can drive simultaneous realization of leading socioeconomic priorities, especially food security, creation of income opportunities and expansion of macroeconomic growth for real wealth creation. At the same time, it means mitigating carbon and enhancing ecosystem resilience in line with continental climate objectives under the Paris Agreement as specified in country Nationally Determined Contributions (NDCs). This is the essence of transformational climate action.

Clean energy and Ecosystems Based Adaptation (EBA)-driven agriculture stand out as Africa’s catalytic sectors – underscored in both the African Union (AU) Agenda 2063 and most recently by the African Ministerial Conference on the Environment (AMCEN) through the Ministerial Decision on Investing in Innovative Environmental Solutions.

On economic inclusion, agriculture is the most accessible economic sector employing a majority of Africa’s work force – an average of 64 percent across the continent, and as high as 90 percent in some countries. Maximizing productivity therefore means enhancing income economic opportunities for the majority in the continent. Accordingly, the World Bank reports that in Africa, a 10 percent increase in crop yields translates to approximately a 7 percent reduction in poverty. Growth in agriculture is at least two to four times more effective in reducing poverty than in other sectors. Working with nature and not against nature through EBA approaches is potentially cheaper, more accessible and compatible with the indigenous approaches used by Africa’s smallholder farmers who produce up to 80 percent of the continent’s food.

On comparative advantage in resources, 65 percent of the world’s uncultivated arable land and 10 percent of its inland fresh water resources are in Africa. Beyond these natural resources is a 300 million strong middle class, demanding more value-added and differentiated agro-products and projected to grow a food market worth $150 billion by 2030. This represents a significant domestic consumer market for growth of local value addition agro-industries. On energy, Africa is endowed with diverse clean and renewable energy resources – including hydro estimated at 1852TWh annually, three 3 times the continent’s current demand. It’s home to the best solar resource on the entire planet, where a mere 0.3 percent of the sunshine in the Sahara could supply nearly all of Europe’s energy needs. Wind at 110GW and geothermal at 15GW: By leveraging these resources in complementarity, the region can establish global competitiveness and create wealth opportunities.

The key is to maximize productivity, and development in these sectors needs to be considered as complementary and not in silos as in the past. For example, access to power in agriculture will cut the PHL losses and food import expenditures to the tune of $83 billion, while boosting yields – and the incentives to do so in order to protect degraded ecosystems. Part of that is simply lighting up households, where return on investment goes beyond traditional social returns.

It’s the “open door” that requires a collaborative approach, and a departure from the traditional model of financing silo-based development projects to Africa’s engine of development.

In the words of one of my favorite African proverbs, “Cross the river in a crowd and the crocodile won’t eat you.” This is the thinking with which to drive transformational change through Climate Action – collectively through synergized, complementary actions. But for this to happen we must connect the dots. Connecting the dots can only happen within an inclusive framework that brings everyone together and this is what’s led to the establishment of the Ecosystems Based Adaptation for Food Security Assembly (EBAFOSA). Established collectively through a continental process facilitated by the UN Environment and the African Union, EBAFOSA is a nationally driven, inclusive policy action framework to accelerate socioeconomic transformation and climate resilience.

EBAFOSA is engaging Africa’s sovereign capital – its people – to drive productivity maximization in the catalytic area. The gaps bridging partnerships are targeted at five pillar areas. The foundational pillar is the linkage of clean energy to the processing of produce as the basis of sustainable agro-industrialization in Africa. This foundational pillar is then complemented by key market enablers. These include compliance standards, innovative financing, and IT advances to link markets and supply chains. These operational pillars are augmented by policy pillar harmonization task forces, working at the ministerial level to synchronize policies for coherent and complementary approaches.

All the EBAFOSA pillars are driven through Innovative Volunteerism, which leverages the power of people’s skills, networks, and existing collaborations – rather than building new initiatives – to bridge implementation gaps. It’s already happening across the continent. From the coastlines of West Africa to the savannahs of Cameroon, in DRC in Central Africa to the highlands of Tanzania and on the Southern Africa, EBAFOSA is driving socioeconomic transformational change.

At the policy level, in Sierra Leone, EBAFOSA Sierra Leone policy task force is building on initiatives to establish tax concessions for agro-based that tie to clean-energy investment incentives. In the Gambia, the task force is devising a solution to one of the most critical challenges faced by the country – but shared continentally – illegal migration, with a program to connect youth to agro jobs. Cameroon has 100 new jobs in IT that’s applied to markets, supply chains and value-added growth.

Such pockets of success are a clarion call and an encouragement for us to build on them and create full scale solutions, and to volunteer to be a part of the solution. In Uganda, it’s students who reduced the demand for firewood by 21 trucks per year by developing briquettes to heat the school. In The Gambia, it’s Muhammed Taal who came back home from Europe and is producing organic biofertilizer in partnership with livestock and groundnut farmers. As another African proverb says, “If you think you are too small to make a difference, you haven’t spent the night with a mosquito.”

Today, all Africans are called to bravery and aspiration – not in copying what others did but as a matter of necessity, because without brave actions, the challenges of poverty, hunger, unemployment and below-par productivity remain, alongside the ecological degradation and climate challenges.

As Chinua Achebe once said, “When we gather together in the moonlight village ground, it is not because of the moon. Every man can see it in his own compound. Rather we come together because it is good for kinsmen to do so.” That’s the essence of transformational climate action, and it drives all of us to reshape African development through collectivism and Innovative Volunteerism. 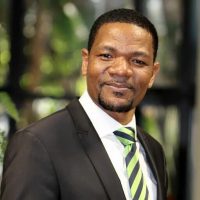