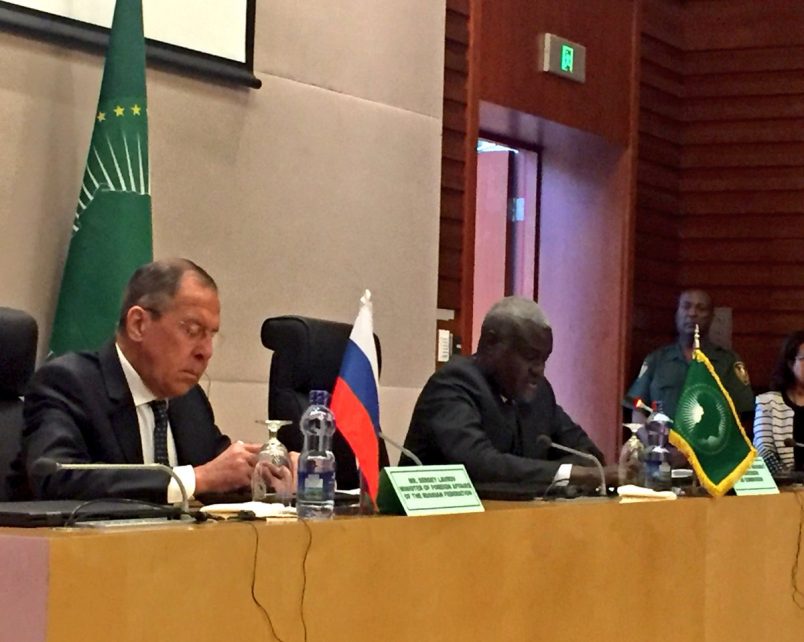 His remarks came alongside Moussa Faki Mahamat, head of the African Union (AU) Commission, during a press conference following Lavrov’s visit to AU headquarters in Addis Ababa on Friday. The AU chairman said it was incomprehensible that the decades-long expectation for a permanent seat on the Security Council was not yet realized, and expected Russia to support the request, TASS news said.

“We are ready to consider any options, provided that they help reach a broad consensus. In this respect, we consider such candidates as India and Brazil, representing Asia and Latin America, respectively, to be very strong,” Lavrov said, according to TASS. “But we do not consider it possible to take a decision on the Security Council’s expansion unless the question of Africa’s mission is raised as part of this issue.”

A joint communique provided by the AU added that Russia, with its permanent seat on the Security Council, will continue to support the interests of the AU and its member states. Prior to his African visit, Lavrov affirmed support for the goals of the Ezulwini Consensus, also known as the African Common Position, on the Security Council reform issue.

The AU Committee of 10, a group of African heads of state, has since 2005 pressed for two permanent member seats on the UNSC, and two additional non-permanent seats, to reflect a more inclusive participation of African Union (AU) member states in the council’s authority.