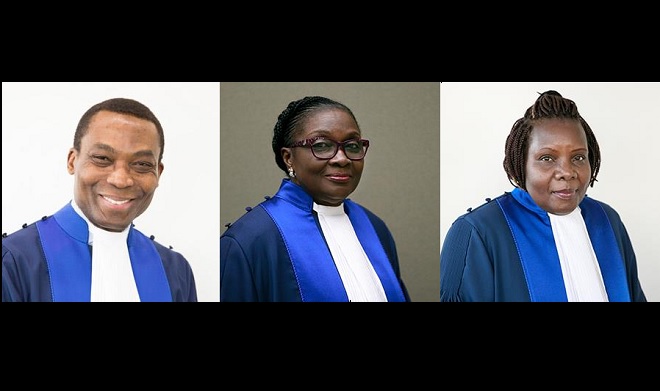 Judge Chile Eboe-Osuji of Nigeria has been named the new president of the International Criminal Court (ICC) in The Hague, for a three-year term that begins immediately.

Eboe-Osuji, who said he was deeply honored by his election, has served at the ICC since March 2012 and continues his term through March 2021. “As I take up my duties, I feel encouraged that I am able to rely on the wide experience of the two Vice-Presidents, Judge Robert Fremr and Judge Marc Perrin de Brichambaut, both of whom I have closely worked with previously,” said Eboe-Osuji.

Fremr, of the Czech Republic, has served as ICC judge since 2012, while his French counterpart and second vice-president began serving his term in 2015. The presidency is responsible for the proper administration of the ICC in keeping with the Rome Statute that is the authorizing treaty.

The selection of Eboe-Osuji comes after years of dispute and dissatisfaction among African nations who are party to the treaty – Kenya and South Africa among them – and often charge that its authority, established in 2002, unfairly targets Africans. Burundi announced its ICC withdrawal in 2016, while the African Union called on member states to conduct “a more apt review” of their relationships with the court.

Six new ICC judges sworn in on Friday include two Africans. They are Judge Solomy Balungi Bossa of Uganda, right, and Judge Reine Alapini-Gansou of Benin. There is a total of 18 judges, which also includes Judge Antoine Kesia-Mbe Mindua of Democratic Republic of Congo.