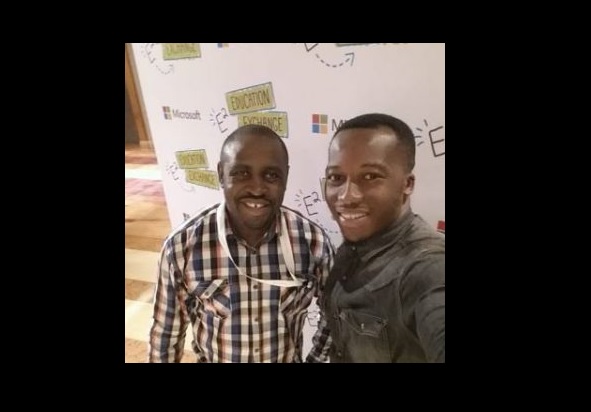 Remember the Ghanaian teacher whose social media post went viral after people saw he was teaching IT classes without a computer – and drawing the entire Microsoft Word interface in chalk every day?

Richard Appiah Akoto, the teacher at the Betenase M/A Junior High School in Sekyedomase, is now in Singapore to attend Microsoft’s Education Exchange 2018. He’s joined there by educators from 91 countries. 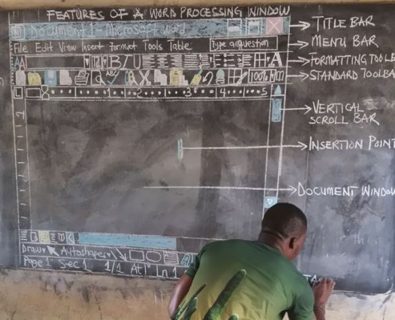 He uses a different name on Facebook, where he first posted his photos. “We’re excited to see Owura Kwadwo Hottish in Singapore attending the Microsoft Global Education Exchange Summit!” said Microsoft Africa in a Twitter message on Tuesday night.

Akoto was pretty excited too. “Looking forward to learning something new,” he said after arriving.

The company first took note of him after his February 15 post, in which he said he said teaching IT was “very funny” in Ghana and as a committed teacher, he does what he has to do to make students understand their lessons.

Microsoft Africa promised to arrange a donated computer for the school, which is located in a north-central Ashanti region of the West African country more than 300 kilometers from Accra. The company also said they’d ensure access to educator programs and free professional development resources.

Other offers to help have poured in, including a donation of five new desktop computers, three instruction books and a personal laptop for Akoto himself. They came courtesy of NIIT Ghana, an IT training company.