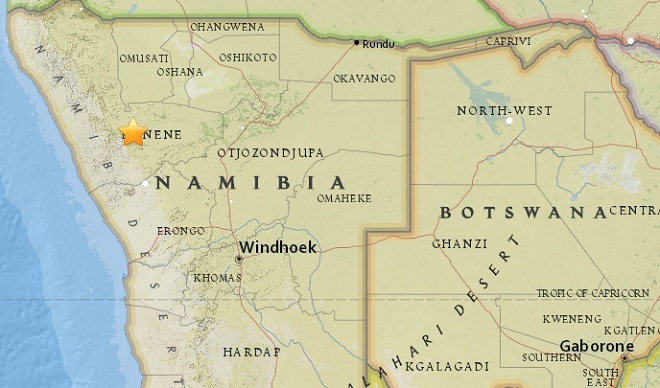 Authorities in Namibia confirmed that a magnitude 5.0 earthquake struck the country Wednesday morning in the northern part of the southwestern African nation.

The Geological Survey of Namibia, part of the Ministry of Mines and Energy, confirmed the shaking was a quake, with seismic data picked up by three network stations including Tsumeb. Namibian officials said they were analyzing the data, local media reported.

The epicenter was located about 65 kilometers to the northwest of Khorixas, according to the United States Geological Survey (USGS). Khorixas is a community of some 13,500 people in the Kunene region, a remote and mountainous area near important tourism and geology sites.

There were no immediate reports of damage or injuries.

The ministry said the epicenter is in the Kaoko orogenic belt, which runs northwest along the Namibian coast and is known to be seismically active. Quakes there, while infrequent, are associated with the fault line. 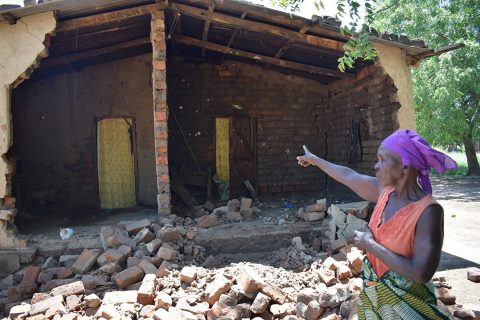 Wednesday’s quake is the latest in a series of small to moderate events in southern Africa in recent weeks. On March 8, two earthquakes struck in Mozambique about an hour apart, not far from the southern-tip border of Malawi. At least one home was destroyed in Lambwe village, while 10 students at the Dinde Primary School had minor injuries after the quakes measuring 5.6 and 5.2 magnitude occurred.

The incident prompted Malawi’s Department of Disaster Management Affairs to ask that people not overstate damages by reporting “fake news” about the quake.

During the first week of March, two smaller quakes struck in Tanzania. One was a 4.7-magnitude quake 50 kilometers from Kisanga, and the other a 4.5-magnitue quake near Dodoma.