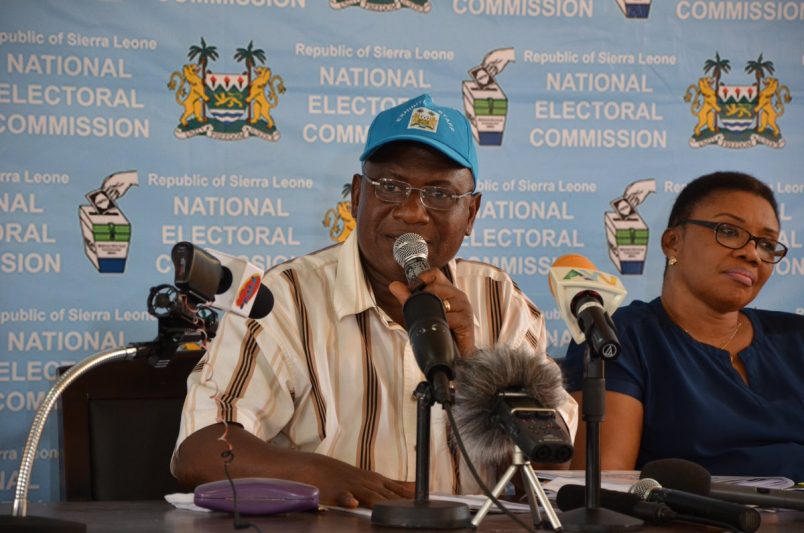 Sierra Leone will hold a runoff election between the top two presidential contenders on March 27, now that last week’s results are tallied and it’s clear that neither leading candidate picked up the necessary 55 percent of the vote.

Mohamed Conteh, chairman of the National Election Commission, announced the results Tuesday. They show the Sierra Leone Peoples Party (SLPP) candidate Julius Maada Bio with 43.3 percent or a total of 1,097,482 votes. That’s a slim edge over All People’s Congress (APC) candidate Samura Kamara, who received 42.7 percent at the polls, or 1,082,748 votes.

“After deliberations with political parties requesting recounts, the commission ordered recounts in 154 polling stations,” Conteh said. “Results from these polling stations are included in this result.”

The National Grand Coalition (NGC) Party was among those claiming “systemic and widespread” irregularities at the weekend, including instances of over-voting and security breaches at polling stations. The NGC candidate, Kandeh Kolleh Yumkella, released a short video encouraging his supporters to remain peaceful and respect the law and the process. Yumkella received 6.9 percent in the final tally.

There have been few reports of electoral violence as voters choose a replacement for APC President Ernest Bai Koroma, although an isolated clash between SLPP and APC supporters led to injuries and arrests. The incident led to increased security patrols in the Kono District in the northern part of Sierra Leone, according to a BBC report.