Home>News>MONUSCO opens new base as Ituri humanitarian crisis escalates
By AT editor - 15 March 2018 at 5:34 am 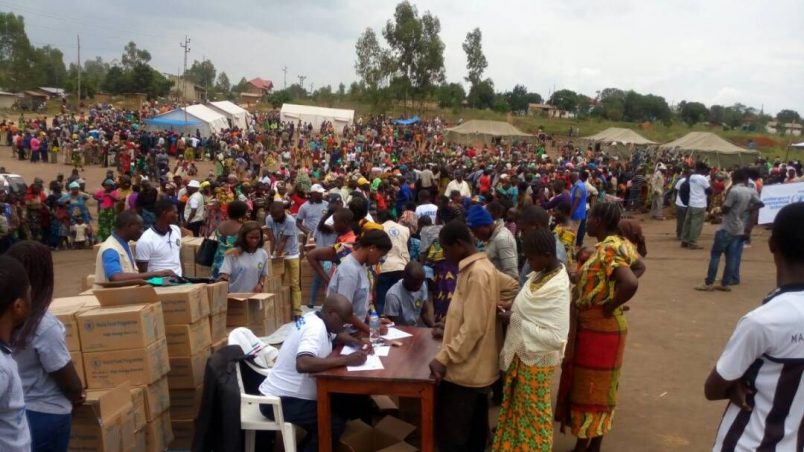 Another temporary base for United Nations peacekeepers was established this week near Lita, as part of the MONUSCO response to increased violence in the Ituri region of Democratic Republic of Congo.

The new base is one of four established as MONUSCO troops seek to quell attacks that have claimed 100 lives in recent days and displaced more than 300,000 people, most recently in and around Djugu. More than 40 people died earlier this week as villages were attacked by men carrying arrows, machetes and AK 47 rifles, according to Radio Okapi. The attackers also burned down village homes.

MONUSCO has established other bases at Fataki, Blukwa and in the town of Djugu, said spokesman Commander Adil Essherir during a Wednesday press briefing. Essherir said the current Djugu crisis has been made a priority and troops from Goma and Kisangani have been reassigned there to help stabilize communities engulfed in ethnic violence.

Last week, after word of an impending attack on the village of Bole – not far from Blukwa – MONUSCO troops were able to successfully intervene and protect civilians, the spokesman said.

Food prices in Bunia are spiking because of the crisis, RFI reports, and dry conditions have made matters worse for Djugu farmers. The World Food Program said Tuesday that a second site was opened in Bunia to provide food assistance to those fleeing the violence.

Fighting in DR Congo has contributed to what the UN described Wednesday as a “spiraling humanitarian crisis” in a country that has seen 4.5 million internally displaced persons in the past year and a total of 13 million needing aid.

Mark Lowcock, the UN Emergency Relief Coordinator and Under-Secretary-General for Humanitarian Affairs, appealed to the international community for $1.7 billion needed to provide aid to the Congolese.

A donor conference hosted by the European Commission, the Netherlands and United Arab Emirates is planned for April 13 in Geneva.