Home>African Future>Togo shows world's biggest improvement in new Happiness Report
By AT editor - 15 March 2018 at 6:28 am 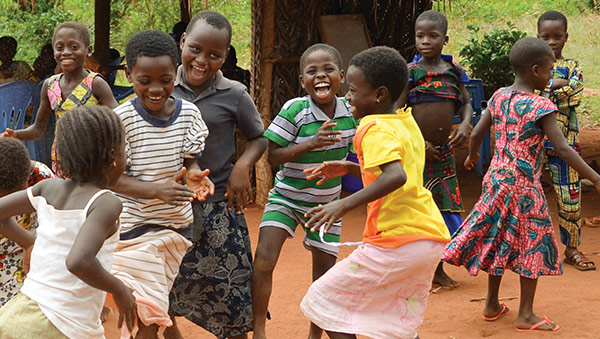 African nations overall don’t rank well in the new World Happiness Report, but there are a few surprises – and, of course, it likely depends on how happiness is defined.

The annual report released Wednesday in Rome evaluates happiness on the basis of pooled results from Gallup World Poll surveys from 2015-2017, and shows both change and stability over time. This year’s report measured happiness in 156 countries, looking at six of key variables: income, healthy life expectancy, social support, freedom, trust and generosity. At a time when migration is a compelling issue across the globe, the 2018 report also looked at the happiness of immigrants in 117 countries.

Mauritius was the highest-ranking African nation overall at No. 55, while Burundi came in last with Rwanda, Tanzania, South Sudan and Central African Republic at the bottom alongside it. The real winner among African nations was Togo, with the biggest improvement in the world when measured over time and compared with the 2008-2010 series of poll results. Sierra Leone and Morocco also saw positive changes on the same timeline.

The report, produced by the United Nations Sustainable Development Solutions Network (SDSN) with the support of the Ernesto Illy Foundation, is edited by Professor John F. Helliwell of the University of British Columbia and the Canadian Institute for Advanced Research; Professor Richard Layard, co-director of the Well-Being Programme at LSE’s Centre for Economic Performance; and Professor Jeffrey Sachs, director of SDSN.

It’s not just for fun though. the UN will note World Happiness Day on March 20, and policy applications of happiness research are available in a companion SDSN publication Global Happiness Policy Report 2018.